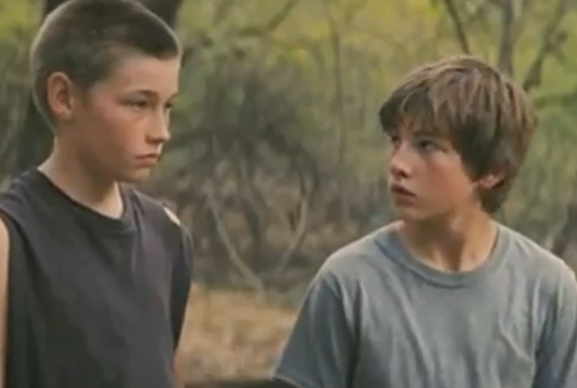 Much Ado About Mud And More by Robert Singer

2013 has been a truly bountiful year in cinema, with plenty to offer for both the casual filmgoer as well as the seasoned cinephile. With so many wonderful films to have been released this year, it can be difficult to choose which were the overall best. I myself am a huge comic book and sci-fi geek making it temping to compile this best of the year list: Iron Man 3, Thor: The Dark World, The Hobbit: The Desolation of Smaug, Man of Steel, and Star Trek: Into Darkness — and just call it a day. Conversely, I’m a cinéaste and lover of independent cinema, tempting me to make a list that looks like this: Upstream Colour, Europa Report, Mud, Gravity, Much Ado About Nothing, Twelve Years a Slave, Blackfish, Dallas Buyers Club, Frances Ha, etc. But as in years past when I have compiled my list for The Ryder, I’ve found it best to go with a list of the films that I found to be the most enjoyable of the year. So, without further ado, the Most Enjoyable Films of 2013.

The temptation must have been great for Warner Brothers to come up with a darker take on Superman after the success of Christopher Nolan’s Dark Knight trilogy. Producer Nolan, writer David Goyer, and director Zack Snyder were wise enough to key in on the fact that what makes Superman so great is the hope he inspires in all of humanity and in turn, Superman is inspired to do more and be more by those he protects. Henry Cavill makes us believe that he is Superman in much the same way that Christopher Reeve did, but with a bit more nuance and angst. The film is visually splendid with many of the flashback scenes evoking the majesty and poetry of a Terrence Malick film, while Snyder’s masterful understanding of the visual language of comics invests Man of Steel with some of the greatest super-powered action set pieces ever filmed.

Much Ado About Nothing Joss Whedon, director

A far cry from 2012’s The Avengers and Cabin in the Woods, Joss Whedon’s modern take on Shakespeare’s classic romantic comedy is a hilarious delight and Whedon’s most mature film to date. Filmed over 12 days in Whedon’s home with many of his friends and Whedonverse alums, Much Ado About Nothing boasts the best and most underrated ensemble cast of the year. Amy Acker and Alexis Denisof are electrifying in their roles as the rivals-turned-lovers Beatrice and Benedick while Nathan Fillion and Tom Lenk provide hilarious turns as two buffoonish and inept detectives.

A folksy coming of age story evocative of Mark Twain’s The Adventures of Huckleberry Finn, Mud follows 14-year-old Arkansas buddies, Ellis and Neckbone, as they cross paths with outlaw Mud (Matthew McConaughey) who is in hiding. The boys strike up an unlikely friendship with Mud, as they become his accomplices in evasion. What follows is a deeply rewarding Southern Gothic fable that is as whimsical and hopeful as it is dark and suspenseful. Between Mud and 2011’s Take Shelter, director Jeff Nichols is emerging as a truly unique voice in American cinema, turning simple stories about ordinary people into tales that feel much larger and mythic in scale.

[Photo of Ellis & Neckbone from “Mud” at the top of this post.]

The word that comes to mind most upon viewing Gravity is ‘awe.’ Awe at the beauty of Earth, awe at the infinite scope of the universe, awe at the breadth of the human soul. Director Alfonso Cuarón meticulously crafts a film of such intense visual splendor that one might worry that the story or development of character would get lost. Not to worry — Cuarón is at the height of his prowess as a master filmmaker. Sandra Bullock and George Clooney turn in exceptional performances, especially Bullock who gives us a heartbreaking heroine for the ages. The 13-minute long continuous opening tracking shot may just be the greatest tracking shot of all time, beating out the famous “uprising” scene from Cuarón’s Children of Men.

In the near future, a private space travel company sends a crew of six to the icy moon of Europa, orbiting Jupiter. Their mission is simple: to uncover evidence of life in the frozen seas beneath Europa’s patches of ice. This impressive indie sci-fi thriller is one of the best and most believable films about space exploration ever made. From its clever use of the found footage aesthetic to its grounding in hard science, the film goes to great lengths to convince the viewer that they are watching a very real space expedition. The performances in the film are likewise grounded and believable. As month after month passes by for the crew, the anxiety and feelings of isolation become more and more palpable, culminating in a truly stunning hold-your-breathe spacewalk scene that rivals that of the other space travel film on this list. Once the crew lands on Europa, they are already completely altered by the struggles of their journey but still resolved to carryout their mission. The film takes a powerful turn here as the crew faces new and deadlier struggles on the alien world, culminating in what is a truly astounding climax that simultaneously fills the viewer with hope and dread.