from Sweden: ABOUT ENDLESSNESS 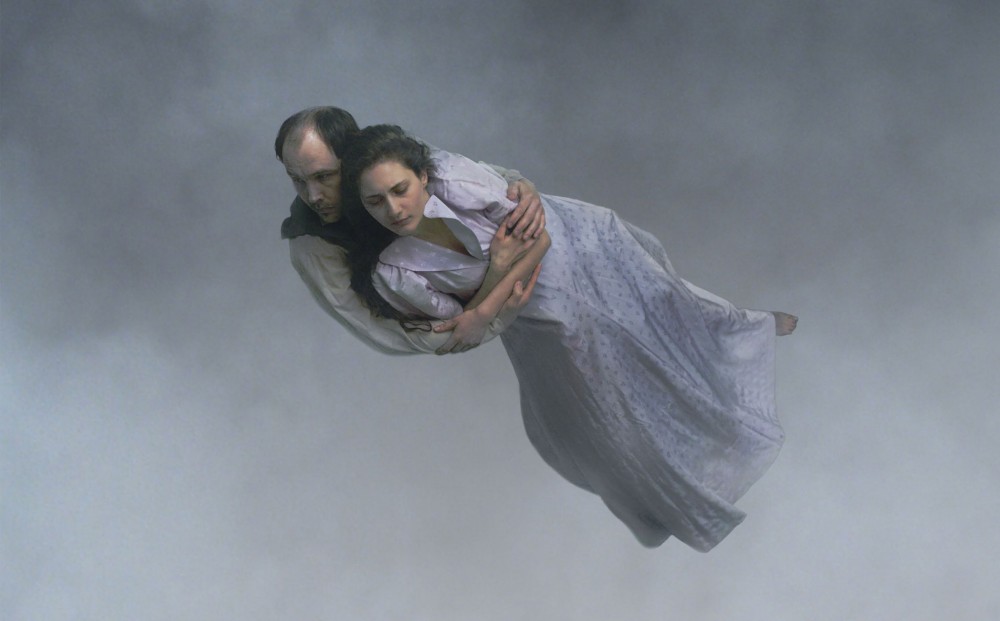 You can watch About Endlessness right here, right now

No one in the world makes films that look like those of Swedish master absurdist Roy Andersson: intricately designed, photographed, and lit. His dreamlike movies are acclaimed for their deadpan comic timing and the visual inspiration of artists like Otto Dix and Edward Hopper.  Some of you saw his film A PIGEON SAT ON A BRANCH REFLECTING ON EXISTENCE when we showed it in 2015, but just in case you missed it, we are showing it again.

His latest, ABOUT ENDLESSNESS (Best Director prize-winner at the Venice Film Festival), opens with a breathtaking shot, inspired by Marc Chagall, of two lovers hovering in the clouds. What follows is pure Andersson, a succession of precisely realized, blackly comic vignettes on the complexities of human nature: a priest loses his faith after recurring nightmares detailing his own crucifixion; a father stops to tie his daughter’s shoelaces in the rain; a man obsesses over a brush-off from an old classmate (“I can’t believe Svenker Olsson got a PhD. It’s really quite annoying”); a couple contentedly sips champagne to the sounds of Billie Holiday; a dentist walks out on a wailing patient and into a bar, downing a drink as snow majestically falls outside; and that couple floats over a war-ravaged Cologne. Addressing the vexing qualities of existence, Andersson mixes the challenges of everyday life with the flashes of beauty and grace we take for granted.

Another masterpiece of the human condition, ranging from the evils of war to the redemptive power of love…What an amazing experience this film is. Andersson’s films are endlessly rewatchable. To view them is to abolish gravity. – Peter Bradshaw, The Guardian