Jeannette: The Childhood of Joan of Arc 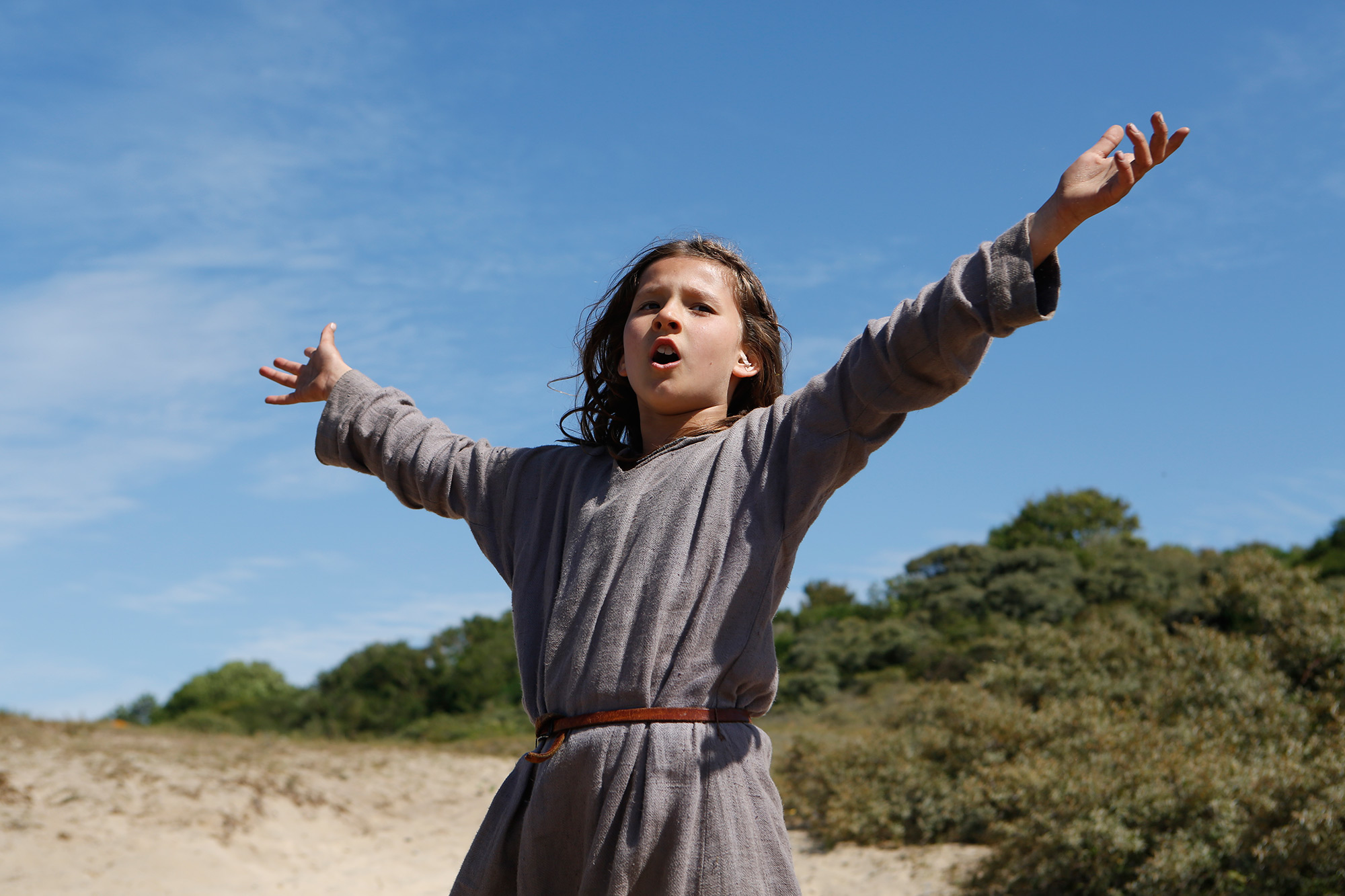 Jeannette is a French musical about Joan of Arc’s formative pre-war years. To get into this film, you have to find the emotional truth in the strange performances of non-professional child actors.

France, 1425. In the midst of the Hundred Years’ War, the 8-year-old Jeannette, looks after her sheep in the village of Domremy. One day, she tells her friend Hauviette how she cannot bear to see the suffering caused by the English and is ready to take up arms for the salvation of souls and the liberation of the Kingdom of France. Carried by her faith, she will become Joan of Arc.

Some of you saw filmmaker Bruno Dumont’s film, Slack Bay, at Ryder last summer. All the dialogue and lyrics are drawn from two volumes by the oft-cited Socialist-Catholic-mystic poet and essayist Charles Péguy (1873-1914)

Critic’s Pick! “Jeannette” throws the modern back at the medieval, making no distinction between religious ecstasy and that experienced in certain contemporary contexts of music and ritual. It’s a provocative proposition that yields a film of genuine spiritual dimension. –The New York Times

Bruno Dumont depicts the childhood of Joan of Arc as a starkly inventive, ecstatically energetic rock opera, filmed on location in raw and rustic landscapes. Dumont films Joan’s spiritual conflicts and confrontations with playful exuberance but avoids frivolity; the ardent actors infuse Joan’s spirit of revolt with the eternal passions of youth. –The New Yorker

You’ve probably caught on to the fact that there’s a streak of madman in Bruno Dumont’s genius. Jeannette is admittedly not for everyone but it’s a bold creation that deserves to be taken a chance on. –The Village Voice

This is a strange and forthright cinematic object with considerable rough-hewn charm. Those who recall Jesus Christ, Superstar will feel faint pangs of familiarity at the mix of sincerity and crazed audacity.  –Screen Daily