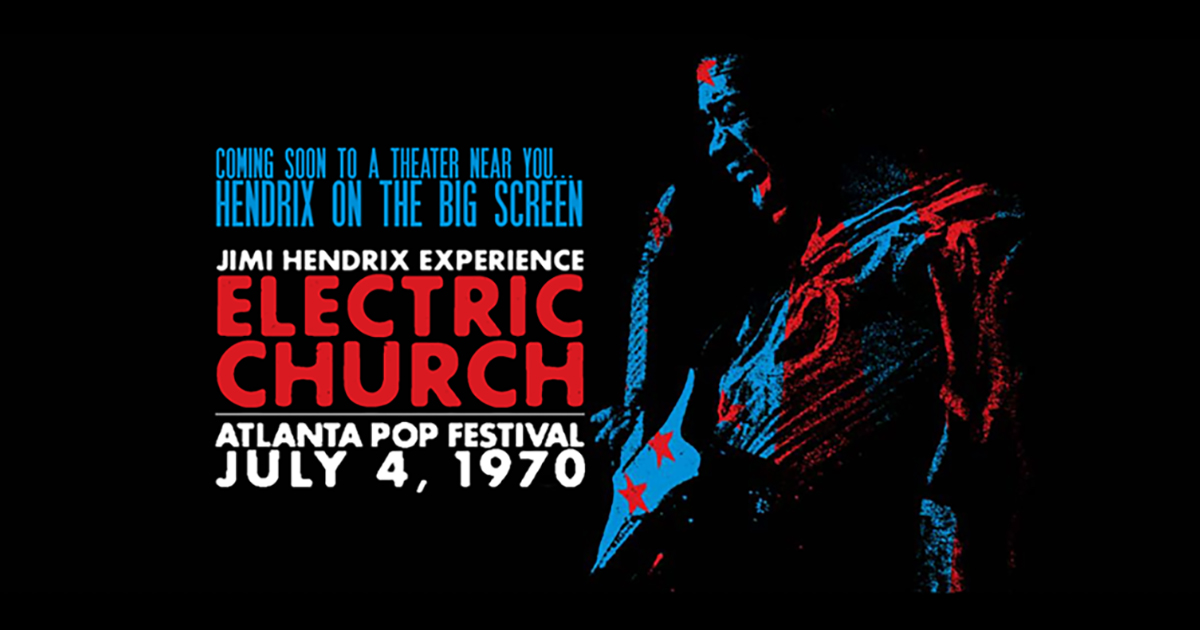 Electric Church is part of our Face The Music Film Festival.

Jimi Hendrix: ELECTRIC CHURCH PURCHASE TICKETS Jimi Hendrix: Electric Church presents the legendary guitarist in full flight at the 1970 Atlanta Pop Festival before the largest US audience of his career, only two months before his death. This critically acclaimed film combines color, 16mm multi-camera footage of Hendrix’s Independence Day concert in its original performance sequence together with a new documentary that traces his journey to the festival amidst the dark shadow of civil rights unrest and the unrelenting toll of the Vietnam War. The audio soundtrack includes stereo and 5.1 surround sound mixes by Hendrix’s recording engineer Eddie Kramer, taken directly from the original master tapes.The organizers were keen to push back against the cultural divide that was very much in evidence in the Deep South. It was assumed that rural audiences would not take kindly to “long-hair” bands, and that black and white artists could not comfortably exist on the same bill; Atlanta Pop set out to challenge those beliefs. (89 min)  WATCH THE TRAILER