Introduction To The Fiction Issue 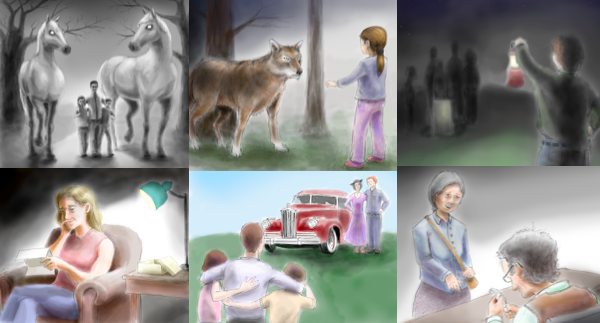 A word about the words in this issue ◆ by Justin Chandler

It was a little over a year ago that we got the idea of putting together an issue that would showcase Bloomington fiction. I was immediately interested, not just because I write fiction myself, but because I knew that if anywhere could offer up an eclectic and brilliant collection of work, it was here.

I saw the fiction scene as existing in factions. I had been involved in the undergraduate and graduate writing scene at IU through various workshops and as an intern at Indiana Review. And I knew of other factions, like the writing group at Boxcar Books and the Writers Guild. I also envisioned some secret faction, writing in the shadows, plotting the upheaval of all we know.

I’m not so sure we’re ready to start soliciting work from that last group. But what intrigued me about a fiction issue was the chance to reach out to all these groups and see what kind of amazing kaleidoscope could be created when we put them together.

So, with way less time than we should’ve had, we set out to make that issue happen. Two weeks later, our deadline passed with zero submissions—not because no one submitted, but because our site had been hacked and our email accounts, perhaps due to protocol or maybe out of some existential dread, ceased for a period of time in the laborious struggle of being. When they came back online they were empty, and what I’m really afraid of? Is that in some alternative universe, maybe they still are….

Whatever. We pushed the fiction issue back to July 2014, to well, for you, right now. And this time around we, and the hackers, did it right.

I knew that we would get a unique mix of work. What I didn’t know is that picking such a varied set of stories would be so easy. I still find it kind of hard to believe we got this lucky. These stories are wide-ranging in their concerns, their characters and themes, and they are all really good. They deal with love, its possibility, its inevitability, and what happens in its terrifying absence. They deal with life, with the beauty of the known, and the provocative specter of the unknown. I think most of all they deal with people, trying to figure out what it all means, or for the first time realizing that they might not know.

A drawing by Ali Maidi accompanies each story. Ali is an artist and a Bloomington native who graduated from IU with a focus in Jewelry and Metalsmithing. Although he works with several different medias, he prefers drawing. Maidi currently works for the art and signage company, Moda Industria. Ali also drew the cover which presumably, you’ve already seen. Take another look. See — he’s good.

I’ve said way more than I wanted to already. Turn to page 14 and you’ll find the first of five stories by Bloomington artists. For you.