Culture And The Power Of Words 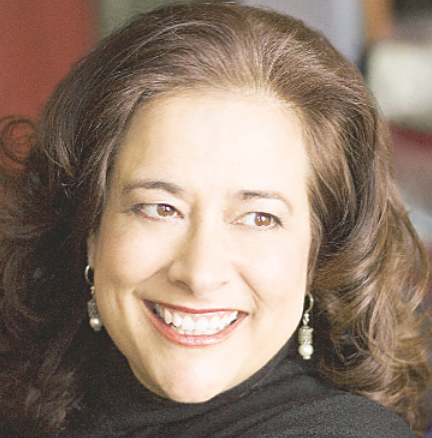 An Evening with Author Nicole Mones ◆ by Carol Shapiro

Today I heard a radio announcement for story hour at 3:00 at the Mitchell County Library and was immediately transported back to my own childhood. My mother encouraged me to be an avid reader and I experienced many enthralling story hours at our local Carnegie Public Library. I can still hear Virginia Jones’s animated voice as she spun fascinating tales that kept us all listening intently.

That was my introduction to public libraries and since then libraries have been among my favorite haunts, from the library at Washington University where I majored in English literature, to my present connection with Bloomington’s own top-ten library (5th among 329 ratings in its league) where I served as a member of the Friends of the Library Board.  I am now involved in bringing a storyteller to our city—award-winning novelist Nicole Mones, whose fourth novel, drawn from her extensive experiences in China, is forthcoming.  She will give a free public talk at the Buskirk-Chumley Theater on Saturday, November 16, at 7:00 p.m.  Following the lecture will be a ticketed champagne and music reception at the library, which will give readers the opportunity to engage with the author in person. As its many visitors and long-time residents will agree, the Monroe County Public Library is truly exceptional in its offerings.  In an era in which many libraries have had to cut back or even close, the MCPL continues to grow, receive awards, and stay on the cutting edge of library technology.  By becoming a member of the Friends of the Library I found a way to show my gratitude for all I have received, free of charge, over the years.  Amazingly, this organization is able to contribute close to $100,000 annually to the library budget.  The money, raised through membership dues, book sales, an annual Campaign for Excellence and other activities, is used throughout the library to sponsor and enhance programs, many of which benefit children and teens.  Funds are also used for purchasing patron requests, providing supplies for the VITAL adult literacy program and CATS (Community Access Television Service) and presenting adult programs including movies, professional development for library staff and much more.

Stellar among these programs is the biennial Power of Words (POW). Presented as a gift back to the community POW features a nationally recognized writer whose literary talent and universal themes provide insight into local issues and concerns.  The goals of the program are to provide an opportunity to become involved in a visible community of readers and to experience an author in the context of the many cultural traditions found within Monroe County.

In this age when the local and the global are culturally and economically intertwined, and US-Asian connections are important and intricate, the choice of author was easily made.  As a young liberal arts graduate with an adventurous turn of mind, Nicole Mones transplanted herself to China in the mid-1970s, soon after the end of that country’s Cultural Revolution, to start a textile export business that kept her criss-crossing the Pacific for nearly two decades.  In the course of these travels and business dealings, she became immersed in Chinese art, culture, language and cuisine, the latter to the extent that she became a food writer covering the Chinese restaurant scene for Gourmet magazine and several major American newspapers.  From the riches of these experiences she composed three novels that weave modern western and Chinese aesthetics and values with more traditional perspectives, each focusing on a particular cultural theme while exploring the human side of cross-national connections.

The first of the three books that I read, The Last Chinese Chef, is her most recent and also the only American finalist for the prestigious international Kiriyama Prize in 2008 and a World Gourmand Award winner in the Chinese cookbook category.  It is a novel from which I gleaned a rich knowledge pertaining to traditional Chinese cuisine in spite of the fact that the book has no recipes!  The protagonist, Maggie McEllroy, is given a writing assignment in Beijing that eventually involves sampling and assisting with the preparation of ancient traditional Chinese recipes, described in “The Last Chinese Chef” (a book within a book), which had supposedly been destroyed during the Cultural Revolution.  I found myself in awe of the reverent, almost spiritual nature of traditional Chinese food preparation.  An example is a seemingly simple dish made of tofu with crab sauce, which involved using thirty crabs and hours of patient tending.

Her second novel, A Cup of Light offers an education in the history and qualities of ancient Chinese porcelain while weaving in themes of romance and intrigue.  It also addresses issues of authenticity and inherent beauty as well as the dilemma of economic values versus the pricelessness of treasures from the past.  This novel has been chosen for discussion by the local Friends of Art book club, as have other of Ms. Mones’s novels by additional book discussion groups.

Mones’s first novel, Lost in Translation, recognized as a New York Times Notable Book, takes us into the world of archaeology.  What begins for translator Alice Mannegan as a trek into the remote deserts of northwest China quickly turns into a journey of the heart.  As the country itself struggles to reconcile its own past and present, Alice must come to terms with the complicated relationships in her own life.  Lost in Translation won the Janet Heidinger Kafka Prize for best work of fiction by an American woman as well as the Pacific Northwest Bookseller’s Association Annual Book Award.

Visit the event website for video discussions of each of the three novels and a link to the author’s own website.  Mones’s novels have been translated into 18 languages and movie rights have been purchased for The Last Chinese Chef.  Her fourth novel will feature a historical setting in the Chinese jazz age.

To obtain either a free general admission pass or purchase a premium ticket to the author event please visit the library website or drop by the Friends of the Library Bookstore. A premium ticket costs $50 and must be purchased in advance.  It includes reserved seating at the author talk; admission to the gala reception; free reserved downtown parking during POW events on November 16; and merchant discounts during November.  Free general admission passes to the author talk also include merchant discounts.  All proceeds will be used to support Mones’s visit and other programs and materials for the library.

IU Lifelong Learning offers a total event package.  “Chinese Culture and the Works of Nicole Mones” will be taught in three evening classes, November 7, 14 and 16.  The cost for the course is $65 which includes the lectures, priority seating for the author’s talk at the Buskirk-Chumley, a ticket to the champagne reception, and parking for both events.  Guest lecturers with be Sue Tuohy from the IU Department of East Asian Languages and Cultures and Sara Laughlin, director of the Monroe County Public Library. For more information visit the IU Continuing Education website or call (812) 855-9335.

Other related events include a Books Plus discussion on The Last Chinese Chef led by Sarah Bowman at 2:00 p.m. on November 3 at the library.

Continuing partners for the Power of Words event include Indiana University Lifelong Learning, the IU Fall Themester Advisory Committee, local media, book discussion groups, bookstores and other businesses.  Also involved is the staff from the IU International Center and the Department of East Asian Languages and Cultures.  Sponsors for this event include the Friends of The Library, Monroe County Public Library, the City of Bloomington, Ivy Tech Community College, IU Themester 2013, WFIU and WTIU.