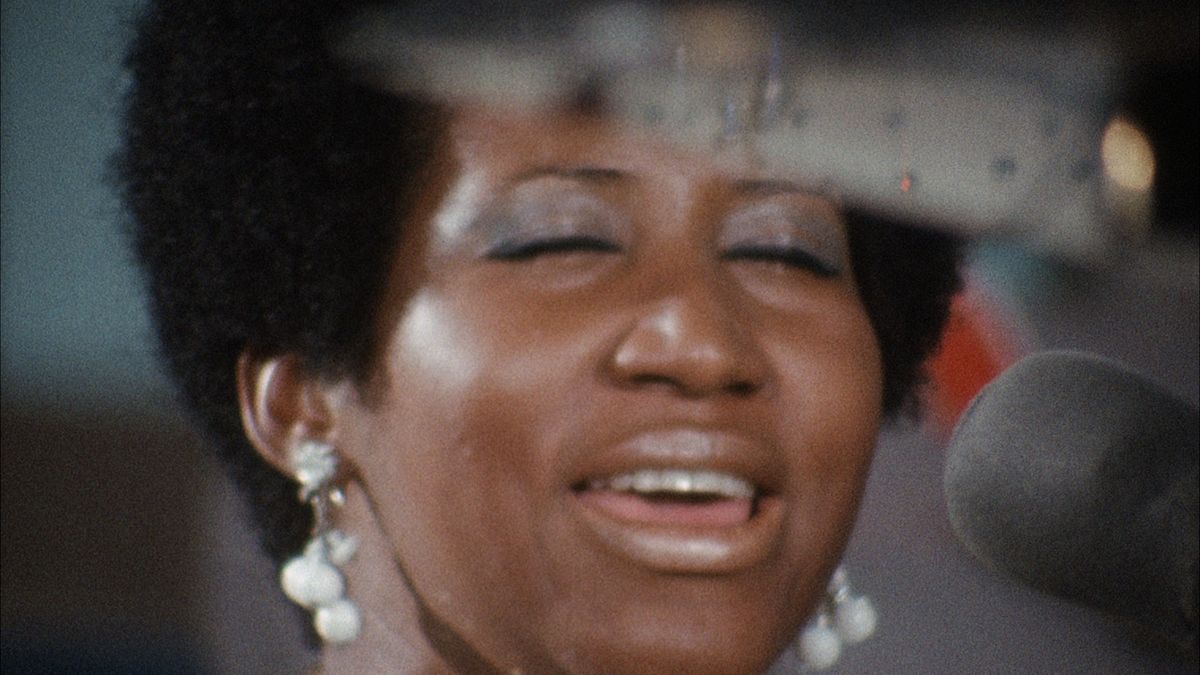 Amazing Grace is part of our Face The Music Film Festival.

In 1972, having topped the pop charts with a series of hits, Aretha Franklin returned to her family’s gospel roots. She held two concerts of the most deeply moving spirituals at a Baptist church in Watts, a Los Angeles neighborhood still recovering from the riots six years earlier. Director Sydney Pollack was hired to document the shows, but he neglected to bring the clappers to mark the sound. As a result, the footage sat unused for more than 40 years. Just months after Franklin’s death, this film is finally being seen, and it’s a thrilling, unforgettable testament to her musical influences and legacy. The camera pans across the ecstatic audiences and then returns to Aretha’s soaring vocals. It makes for a raw, exalted performance, buoyed by the Southern California Community Choir and jubilant attendees taken over by the spirit. Amazing Grace captures a remarkable performer near the peak of her prodigious power. (87 min)