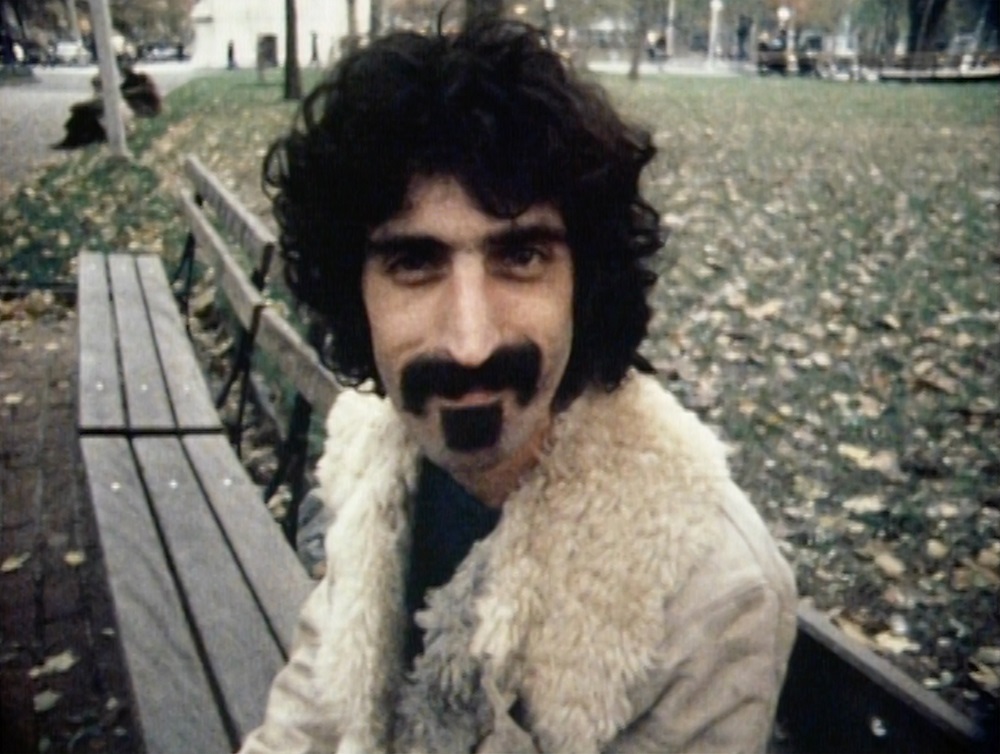 “We were loud. We were coarse. We were strange. And if anyone in the audience ever gave us any trouble, we told them to fuck off.” There has yet to be a film about the life and times of the brilliant and genuinely maverick musician Frank Zappa. The music he composed and performed with his band, The Mothers of Invention — a mash-up of doo-wop, jazz, classical, and atonal kazoo kookiness by way of dada — was, by his own cheery admission, “designed to annoy people.” Filmmaker Alex Winter has crafted a documentary from over a thousand hours of mostly unseen material from Zappa’s personal vault. Zappa is an expansive and intimate portrait of an extraordinary artist who was also fully engaged with the turbulent politics of his day. (USA; 129 min)

CRITIC’S PICK! -“Zappa” foregrounds the laudable and often astonishing aspects of the man’s work and personality. A self-taught musician with a near-maniacal work ethic, over the years he came to regard his efforts in rock ’n’ roll as a day gig, necessary to support his more ambitious composing efforts. – The New York Times

“Zappa” gives its subject his well earned due within the rock firmament. But even more valuable, Winter gives Zappa pride of place among the most important composers of the 20th century, sharing some extraordinary performances of his little-known classical work. – The Washington Post