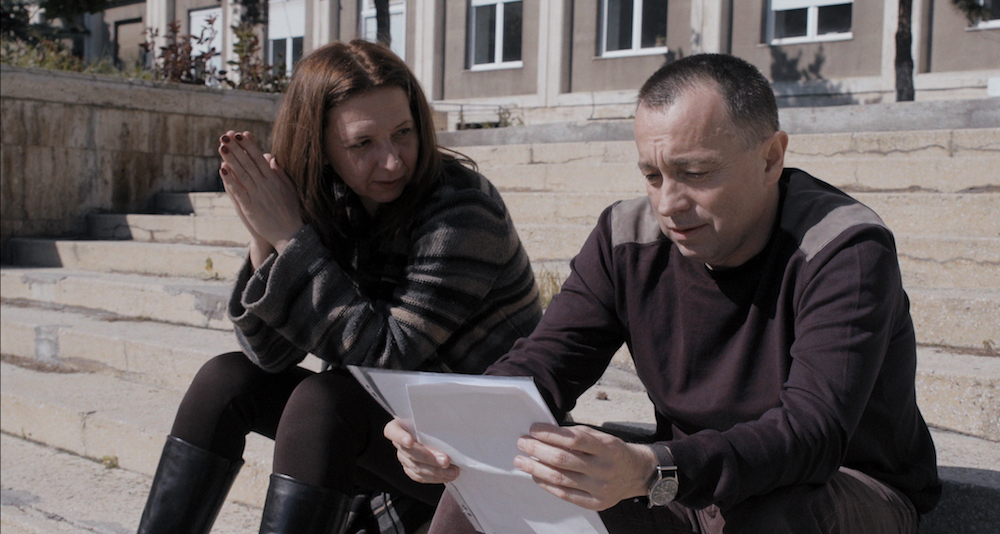 ONE OF THE GREATEST MOVIES ABOUT JOURNALISM and the Dark Forces in Confronts…Alexander Nanau’s bracing, relentless documentary plays like a gripping real-time thriller, merging the reportorial intensity of Spotlight with the paranoid uncertainty of The Manchurian Candidate. When Nanau screened Collective to rave reviews at the Venice, Toronto and Sundance festivals, he had no idea that his exposé would prove to be all-too predictive of a world not prepared to cope with a rampaging virus pandemic.  – Indiewire

Journalism’s role at exposing corruption has rarely been as dramatically portrayed as in Collective, in which filmmaker Alexander Nanau follows an unfolding investigation in real time. Romania’s Gazeta Sporturilor newspaper isn’t internationally known, but its reporters are as dogged as any Pulitzer winner. One revelation leads to another as they uncover a vast health-care fraud that enriched moguls and politicians, and caused the deaths of innocent citizens.

The story starts in 2015 with a fire at the Bucharest nightclub Colectiv. The tragedy killed 27 people on site and injured over 100 more. Romania’s Health Minister promised the burn victims would get the highest-quality treatment, but, in subsequent months, dozens more perished. What was going wrong inside the hospitals? Gazeta Sporturilor‘s investigative team, led by Catalin Tolontan, digs into this with old-fashioned gusto, conducting stakeouts, analyzing data, and working sources like the whistle-blowing Dr. Camelia Roiu. Their revelations shake Romania all the way to the upper echelons of business and government. One target of investigation winds up dead. Was it suicide or murder? (Romania/Luxembourg; subtitled; 109 min) Written and directed by Alexander Nanau

CRITIC’S PICK! Whatever questions you have are eclipsed by the bombshells that keep exploding. Collective sketches out an honest, affecting, somewhat old-fashioned utopian example of what it takes to make the world better, or at least a little less awful. The arc of the moral universe may bend toward justice. But as “Collective” lays out with anguished detail and a profound, moving sense of decency, it takes stubborn, angry people — journalists, politicians, artists, activists — to hammer at that arc until it starts bending, maybe, in the right direction. – The New York Times