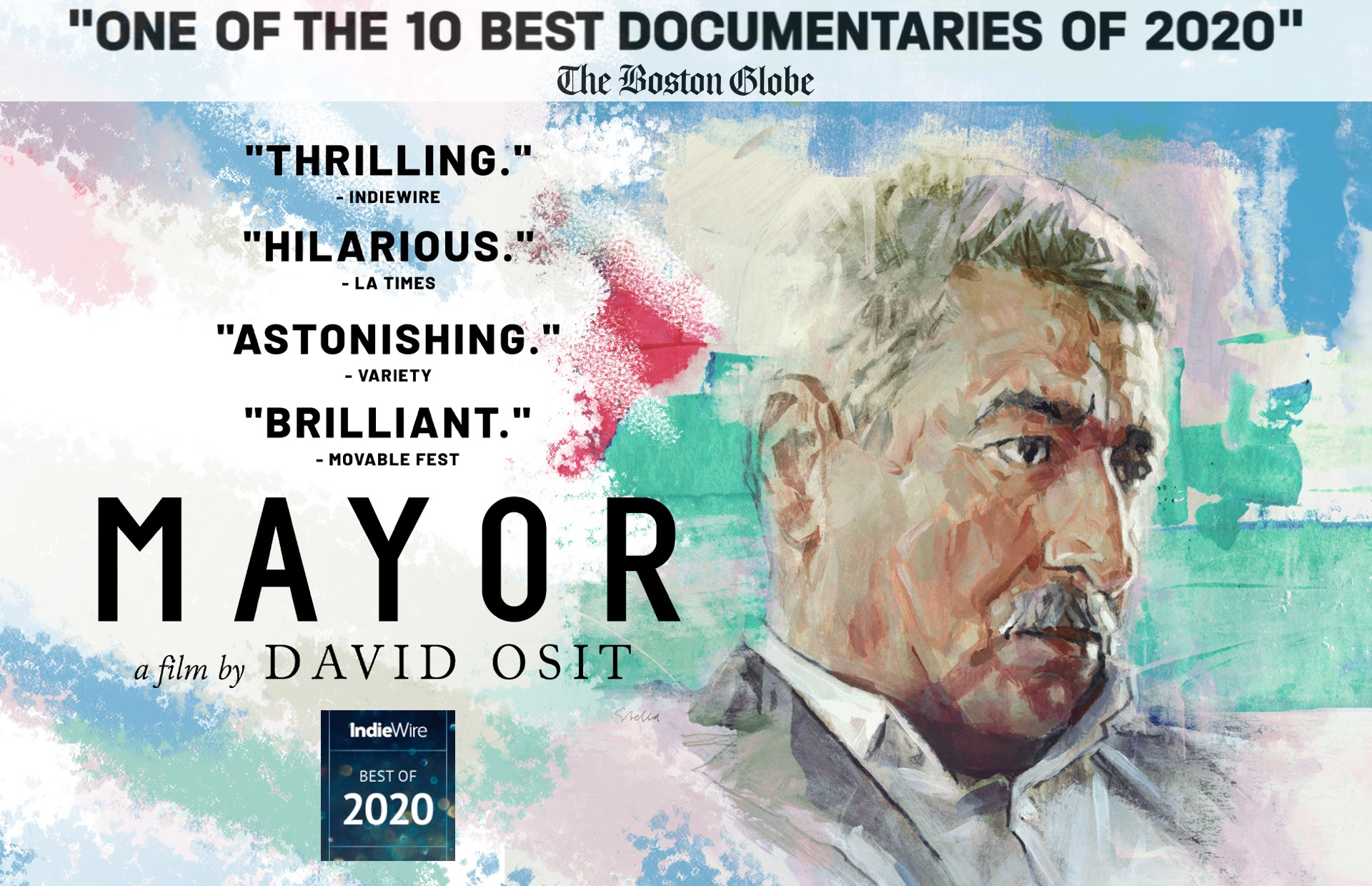 Filmmaker David Osit subtly – and with a keen eye for black humor – explores the absurdities of a worldly politician trying to turn his city into a Middle Eastern Amsterdam while in the midst of a geopolitical storm. Follow the mayor of Ramallah – de facto capital of the Palestinian people – and you’ll see him greeting grateful constituents on the street, planning the town’s neon-bright Christmas celebrations, mulling “city branding” slogans with his aides in an effort to boost tourism…or dodging gunfire from an Israeli army fracas. It’s all in a day’s work for Mayor Musa Hadid, a liberal Christian and civil engineer by training, whose charming public persona is balanced by a self-effacing, realist streak. “I feel jealous when I visit other cities,” he laments. “They can do so much that we cannot.” His ultimate mission: to end the occupation of Palestine. Rich with detailed observation and a surprising amount of humor, Mayor offers a portrait of dignity amidst the madness and absurdity of endless occupation while posing a question: how do you run a city when you don’t have a country?