RAISE HELL: The Life And Times of Molly Ivins 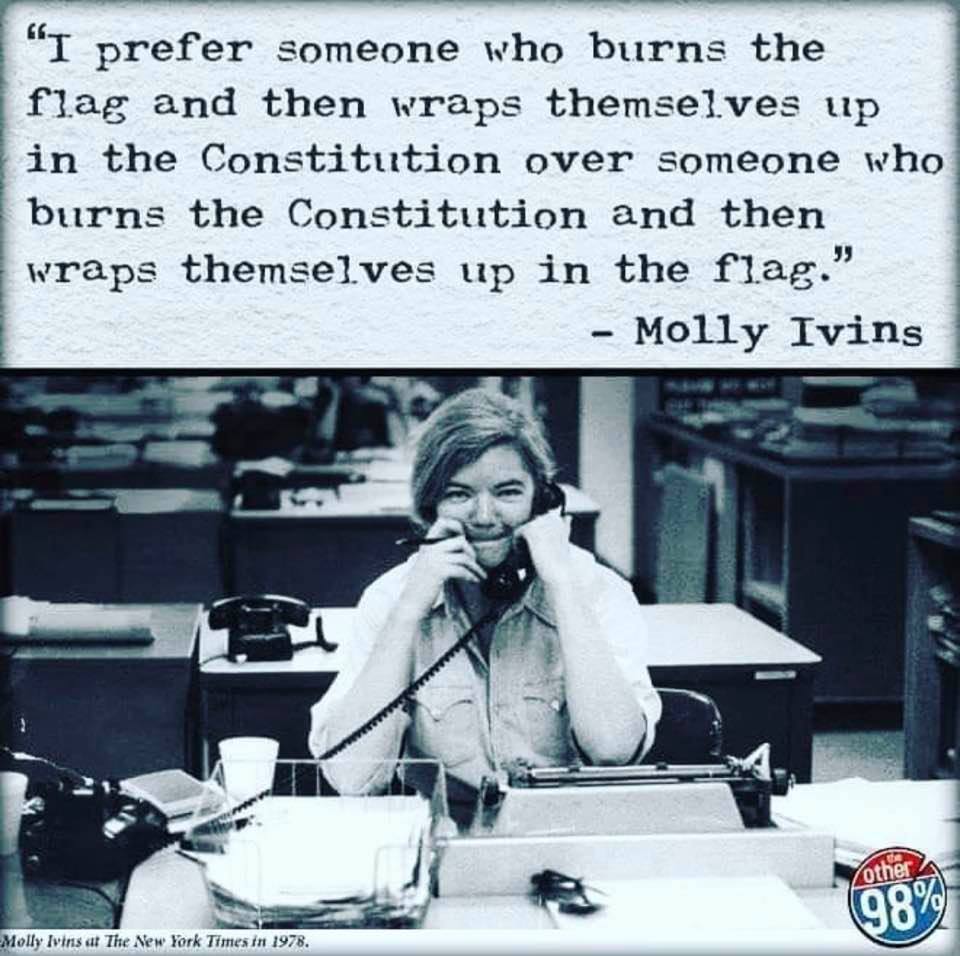 Molly Ivins was often compared to Mark Twain. She was six feet of Texas trouble who, despite her Houston pedigree, took on Good Old Boy corruption wherever she found it. Best-selling author, Pulitzer Prize nominated journalist, popular TV pundit, Molly had a nation of “fans” and “frenemies.” She courageously spoke truth to power and it cost her more than once. But Molly always served up her quality reportage with a heaping dollop of humor. Her razor-sharp wit left both sides of the aisle laughing and craving ink in her columns. At the height of her popularity 400 newspapers carried her column.  Molly’s words have proved prescient. She knew the Bill of Rights was in peril and said “Polarizing people is a good way to win an election and a good way to wreck a country.”

Molly spoke from the heart. She was not a cynic. She gave voice to people who didn’t have one.  When she died of breast cancer in 2007, the nation lost a true champion and a woman who seemed to be afraid of nothing. America is in crisis. Who today can fill Molly Ivins’ size-12 shoes? Why all of us, of course!