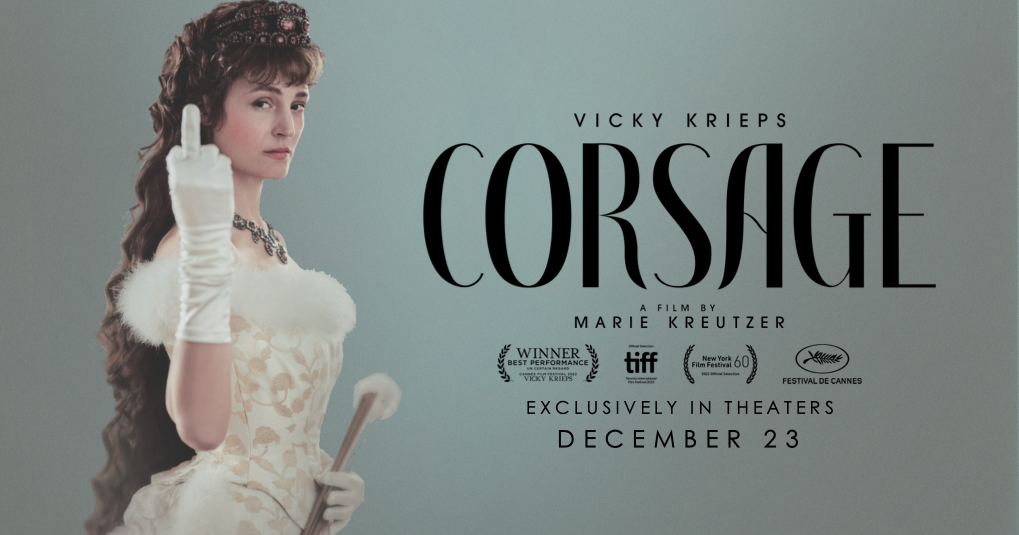 A visually stunning contemporary waltz through the life of Empress Elisabeth of Austria (Vicky Krieps), the beloved, restless, and occasionally scandalous 19th-century ruler, a performance for which Krieps won Best Actress at Cannes.

It’s Christmastime, 1877, in the Austro-Hungarian capital of Vienna, and Empress Elisabeth is thrown into turmoil as she anticipates being considered an old woman–after all, she’s almost 40. She is feeling constricted–by her dysfunctional marriage to the emotionally distant Emperor Franz Joseph, by her largely ceremonial public appearances, and by the corset that gives this film its title.

Vicky Krieps won Best Actress at this year’s Cannes Film Festival for her performance as a woman who rebels against the stifling conformity of her stuffy, unfulfilling lifestyle.

The handsome, mischievous Corsage displays a different, if no less passionate affection for the woman struggling to breathe inside the corset — the kind of love that sets her free. -Variety