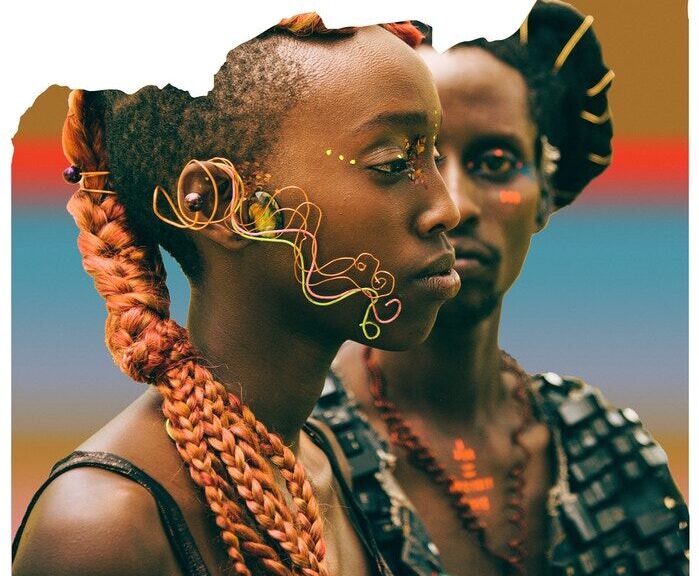 Multidisciplinary artist Saul Williams brings his unique dynamism to this Afrofuturist vision, a sci-fi punk musical that’s a visually wondrous amalgamation of themes, ideas, and songs that Williams has explored in his work, notably his 2016 album MartyrLoserKing. Co-directed with his partner, the Rwandan-born artist Anisia Uzeyman,

The film itself resists the very idea of a beginning and end; it shatters any attempt at summation. But we’ll try.  Neptune Frost is the story of an intersex hacker (named Neptune Frost, and played by two different actors) who leads a revolt against the world’s resource-rich–those who mine Africa’s land and peoples to power global currency.

In the end, this film needs to be experienced on its own terms. Put differently: this is cinema as an ecological gift to the dispossessed. Generously creative and unafraid, Neptune Frost seeks to reclaim technology for progressive political ends. (105 min)

Here is an interview with the filmmakers

presented in partnership with Cicada Cinema

CRITIC’S PICK! Williams and Uzeyman marry anarchist politics with anarchist aesthetics, making something that feels both handmade and high-tech, digital and analog, poetic and punk rock. . . . An EXUBERANT ENERGY . . . A TREASURY OF IDEAS and provocations — a pocket full of possibilities. A HUNDRED YEARS FROM NOW, IF THE PLANET SURVIVES, THIS WILL BE COUNTED AMONG THE CLASSICS OF OUR SORRY TIME, TAUGHT IN SCHOOLS AND QUOTED IN SPEECHES. – A.O. Scott, The New York Times