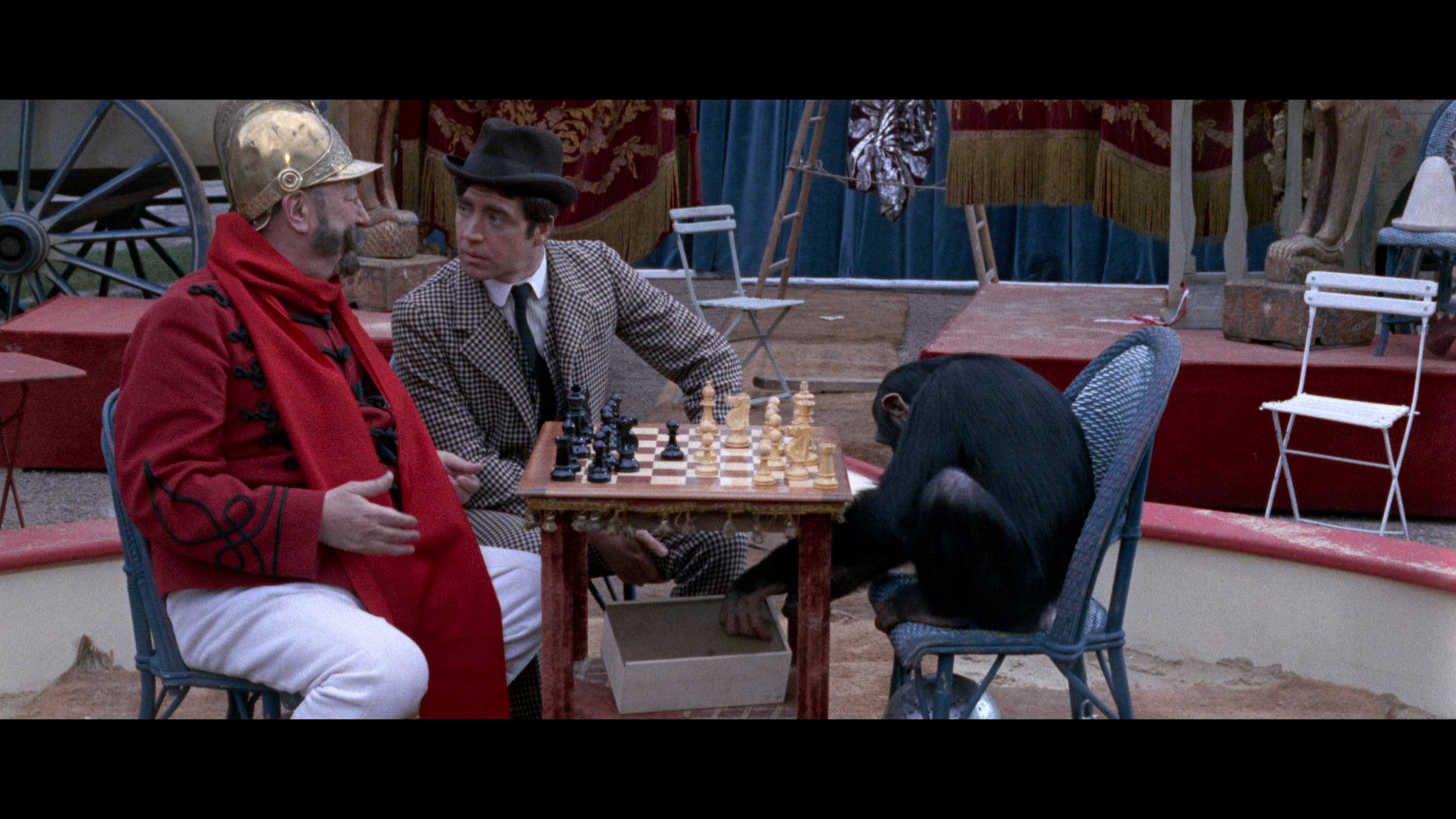 This off-kilter, anti-war comedy was enormously popular in the late-60s and is still one of the era’s most fondly remembered cult classics. It has been re-issued in a gorgeous new 50th anniversary, 4K restoration.

During World War I, Scottish soldier Charles Plumpick (Alan Bates) is sent to a French village on a mission to disarm a bomb left behind by the retreating German army. Plumpick encounters a strange town occupied by the former residents of the local psychiatric hospital, who escaped after the villagers deserted. They warmly accept their visitor and anoint him their King of Hearts. With his reconnaissance and bomb-defusing mission looming, Plumpick starts to prefer the acceptance of the insane locals over the insanity of the war raging outside. Co-starring Geneviève Bujold and directed by Philippe de Broca.