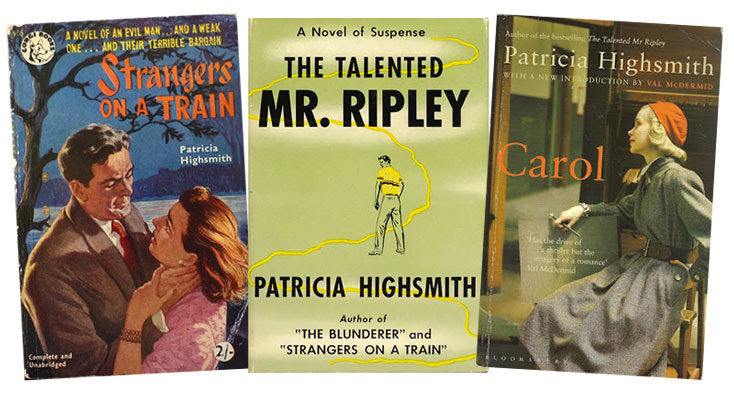 Patricia Highsmith (1921-1995), not unlike her infamous protagonist, the charming and deadly Tom Ripley, led a double life.

Loving Highsmith looks at the life of the visionary American author known for her strange, cinematic stories of suspense.  Strangers on a Train, her first novel, became the Alfred Hitchcock classic. Her second, The Price of Salt (published pseudonymously in 1952), dared to give lesbian lovers a happy ending and was soundly rejected by publishers. Decades later, it was made into the Todd Haynes film Carol, starring Cate Blanchett and Rooney Mara.

Highsmith felt forced to keep her sexual identity hidden. Loving Highsmith is based on her private notebooks and diaries (found posthumously in a laundry closet) and the intimate reflections of lovers, friends and family. Excerpts from her diaries voiced by Gwendoline Christie (Game of Thrones), beautifully interwoven with interviews and archival material, create a vivid portrait of a woman ahead of her time, whose brilliant literary output belied her belief that “My life is a chronicle of unbelievable mistakes.”  Swiss filmmaker Eva Vitija says that her film, in part, is “a plea for the women of the Highsmith generation who fought for the right to live and love according to their true identity.” (83 minutes)

Filmmaker Eva Vitija does a great service not only to fans of Highsmith’s, but to all of queer history. As seen through the eyes of her former lovers (merely a few of many), Highsmith’s life is brought sharply into focus, revealing as much about her humanity as her work. – Indiewire