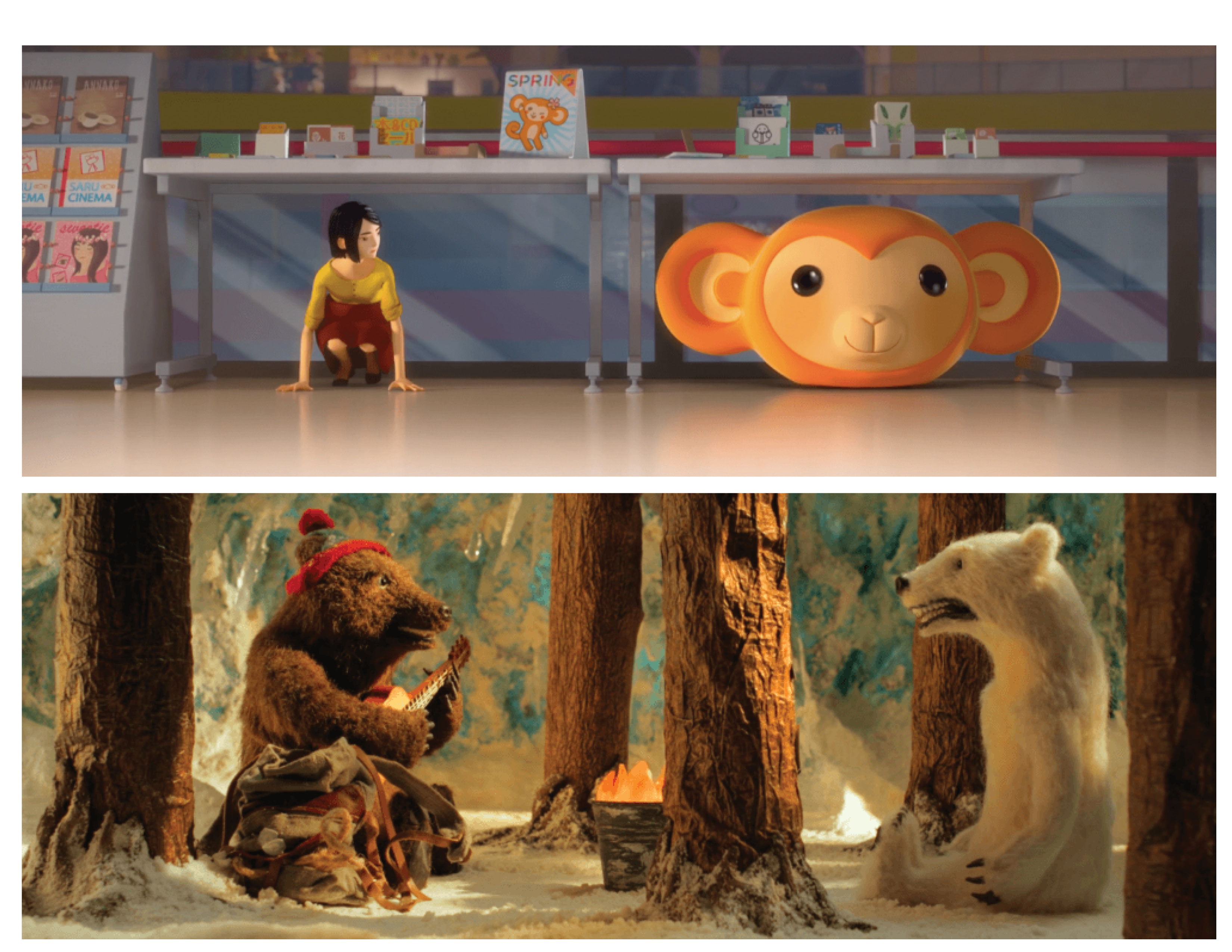 With a compelling range of styles and themes, Program 2 offers clever, thought-provoking films sure to inspire audiences ages 8+ to expand their horizons. In the Grand Prize award-winner Game (USA), AJ has the drive to excel but must push through obstacles to get there. Meanwhile, teamwork takes on different stripes when an odd couple of bears are forced to work together in the hilarious stop-motion short Poles Apart (UK). Plus, the CG-animated wonder Gokurōsama (France) bridges cultures and generations by showing us that even in an automated age, a little human touch can still work wonders.

Jiro feels sick. When his father takes him to the doctor, tests reveal it’s nothing serious, and yet make for surprising news about Jiro. But who says you can’t challenge the results?

A.J. Green, a new kid in town, shows up at boys’ basketball tryouts and instantly makes an impression. Can it be sustained?

Two boys from Holland are headed on a big journey, traveling to a refugee camp on the Greek island of Lesbos where their mothers volunteer. How will the boys bridge such big differences in language, culture, and experiences to make friends and build meaningful bonds?

Mexican country craft meets-cute with NYC urban grit in this tale of a near-perfect mâche.

Nanuk, a tough-talking polar bear, meets Aklak, an enthusiastic grizzly, when he encroaches on her own dwindling turf, and she’s understandably a little less than patient with his clueless cheer.

A citizen needs rescuing. Luckily, there’s a superhero on hand who just needs somewhere to get into costume…

The Theory of Sunset

Deep at night, a dedicated cyclist traverses the wintry forest. The challenge: make sure this new day gets off to a fresh and timely start.

Sasquatch. Bigfoot. Call him what you will, if you can catch him on camera, that is, in this surprising look behind his elusive nature.