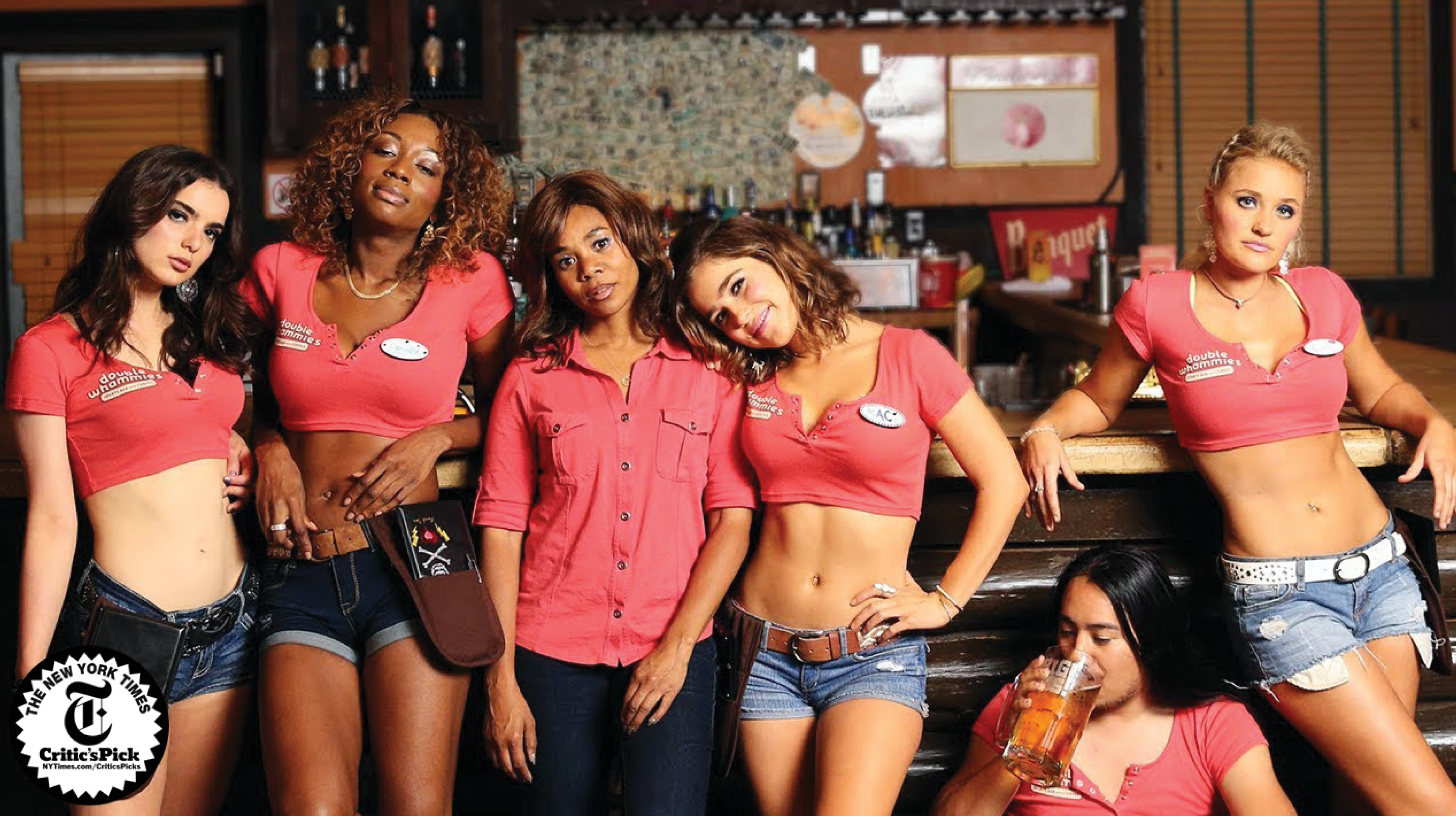 It may not receive much notice at this year’s Academy Awards but this low-budget comedy is one of the best American films of the year.

Lisa is the last person you’d expect to find in a Hooters-style sports bar, but as general manager of Double Whammies, she’s come to love the place and its customers. An incurable den mother, she nurtures and protects her girls fiercely–but over the course of one trying day, her optimism is battered from every direction…Double Whammies sells a big, weird American fantasy, but what happens when reality pokes a bunch of holes in it?

The unlikely, bittersweet, bristling comedy Support the Girls is easily one of the best films of the year, and the most sympathetic to women, despite having been made by a man. How can this be? Luckily, Andrew Bujalski’s remarkable movie — with its killer performance by Regina Hall — is not just about women. It’s about men being idiots. And no one is arguing ownership of that narrative. -Wall Street Journal

A rare film with a heart of gold and a fresh perspective on the lives of marginalized people, Support the Girls effortlessly but sincerely sways sympathies for the lives of those one would otherwise never consider. -The Playlist

It’s difficult to make a work that confronts, or even acknowledges, the seemingly immovable structures of institutional sexism. It’s even harder to do that and address how race and class are inextricably bound up in those oppressive systems, and it’s even harder still to accomplish that without delivering a hectoring lecture to the audience. Support the Girls somehow manages to do it all, and in the form of a breezy, heartwarming workplace comedy to boot.  -The Atlantic

It’s a movie whose minor characters are cleanly etched without resorting to types, so richly detailed that you can imagine them living full lives off-screen, yet it reminds you that one of the virtues of movies is, or at least can be, their conciseness. –Slate

Critics Pick! Mr. Bujalski doesn’t lean on shocks and big moments to spark tension or spur the narrative. A fine-grain realist, he creates modest, layered worlds and identifiably true characters, filling them in with details borrowed from life rather than the multiplex. -The New York Times