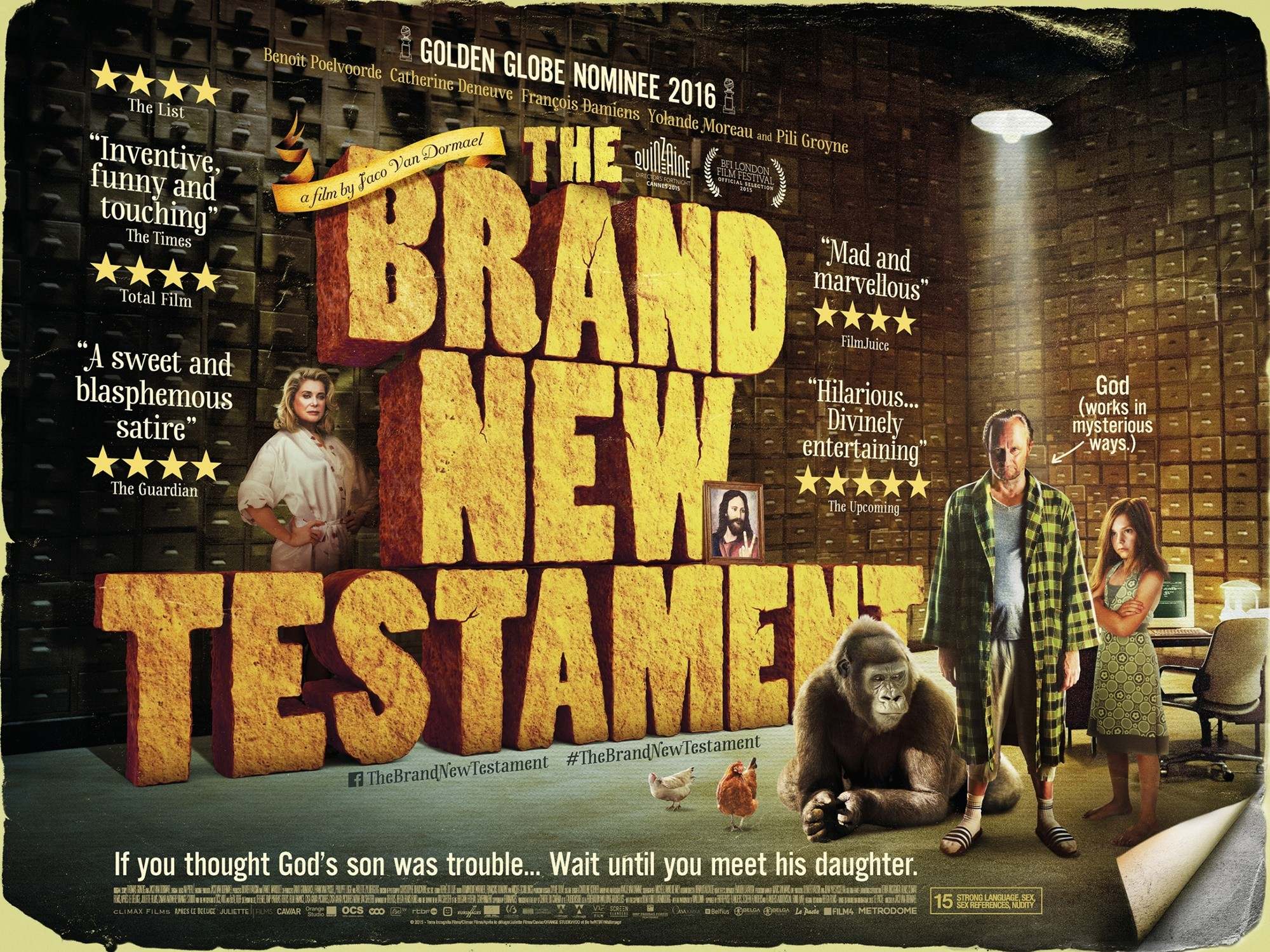 God exists in The Brand New Testament, but He’s an impulsive, narcissistic bully. Think Donald Trump, except in a bathrobe. His ten-year-old daughter rebels against His tyranny and comes to Earth. She gathers together a ragtag band of disciples and proposes a New Testament to make life better. Along the way, she connects with the people she meets in profound ways.

Arguably, the Jesuit priests in Martin Scorsese’s new film, The Silence, could benefit from her approach to spirituality.

Written and directed by Jaco Van Dormael (some of you might remember his 1991 debut feature, Toto the Hero, about a man who believes he was switched at birth), The Brand New Testament is a smart, funny and ultimately quite moving meditation on the infinite possibilities of life, and death.

We‘ve been writing about French-language films for a long time; here’s a sentence we never thought we would write. In an oddly touching subplot, Catherine Deneuve becomes romantically involved with a gorilla.

112 min / in French and German with subtitles

♦  A film with a big heart and an even bigger imagination. – Time Out