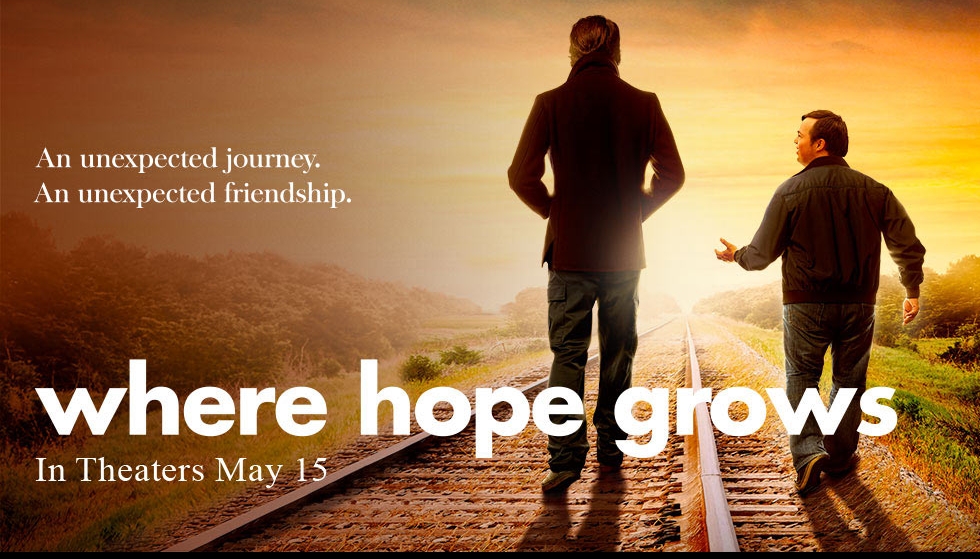 The Ryder is partnering with the Down Syndrome Family Connection to host a free screening of Where Hope Grows on Sunday, April 17 at the IU Fine Arts Theater at 3pm.

Calvin Campbell (Kristoffer Polaha) is a former professional baseball player sent to an early retirement due to his panic attacks at the plate. Even though he had all the talent for the big leagues, he struggles with the curveballs life has thrown him. Today, he mindlessly sleepwalks through his days and the challenge of raising his teenager daughter. His life is in a slow downward spiral when it is suddenly awakened and invigorated by the most unlikely person – Produce (David DeSanctis), a young-man with Down syndrome who works at the local grocery store.

David DeSanctis is among the first actors with Down Syndrome to play a lead role in a feature film. A ticketed VIP reception will be held for Mr. DeSanctis following the screening in the Atrium of the Global and International Sciences Building. Reception tickets are $20 and include reserved seating for the film, hors hors d’oeuvres and beverages.