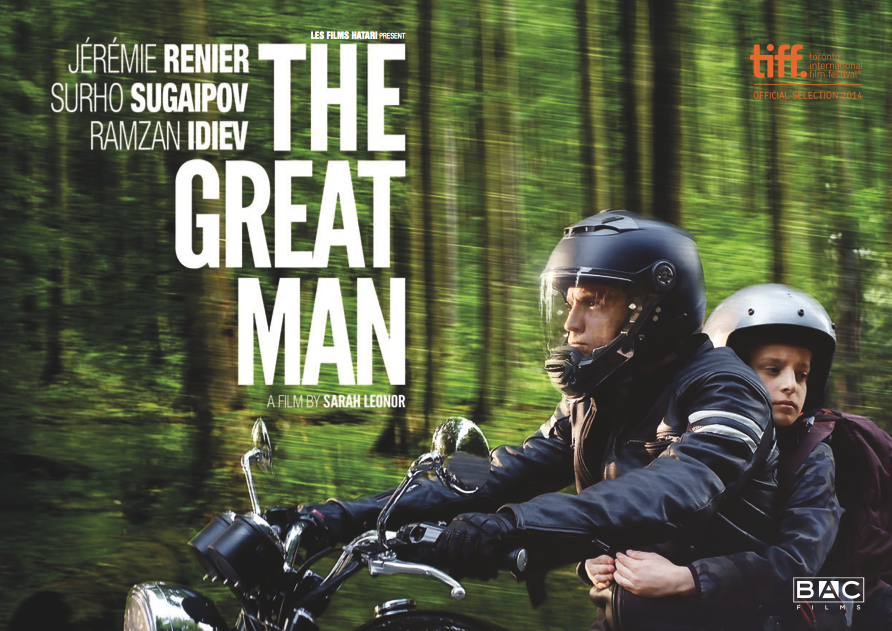 The Great Man (Le Grand Homme) is perhaps best described as a fable—and it starts out as one told by a child. Hamilton and Markov are best friends about to finish five years of service in the French Foreign Legion. During their six-month posting in Afghanistan, they are caught in a crossfire while out on an impromptu and unauthorized search for a giant, mystical leopard. As the child tells it, “They crossed the frontier of the human world and stepped into the unknown.”

Their lives are changed in profound ways. Back in Paris, the two reunite, trying to recapture the friendship they had during the war.

An emotionally affecting and gently political exploration of identity, trauma and the limits of empathy. The Great Man is so suffused with generous humanity that you’re never sure who the title actually refers to. The filmmaker, Sarah Leonor, isn’t interested in the hard sell; she lets you wander into the story, discover it, savor it. She discreetly changes moods and storytelling modes like a pianist sliding her hand down a short, soft glissando. –New York Times

It takes a woman to make a great film about the all-male bastion of the French Foreign Legion. Claire Denis did so in her elliptical desert updating of Herman Melville’s “Billy Budd” in “Beau Travail” (1999), and her fellow French director Sarah Leonor nearly equals that feat in The Great Man. –Boston Globe