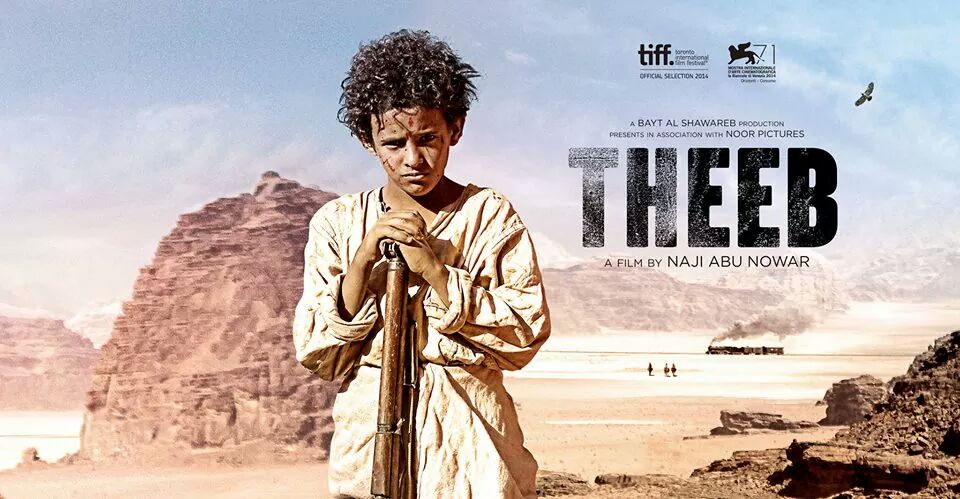 1916. While war rages in the Ottoman Empire, Hussein raises his younger brother Theeb in a traditional Bedouin community that is isolated by the vast, unforgiving desert. The brothers’ quiet existence is suddenly interrupted when a British Army officer and his guide ask Hussein to escort them to a water well located along the old pilgrimage route to Mecca. So as not to dishonor his recently deceased father, Hussein agrees to lead them on the long and treacherous journey. The young, mischievous Theeb (whose name translates as Wolf) secretly chases after his brother, but the group soon find themselves trapped amidst threatening terrain riddled with Ottoman mercenaries, Arab revolutionaries, and outcast Bedouin raiders.

♦ If you were a preadolescent boy stranded in the desert with a sinister grown-up stranger on whom you depended for your survival, what would you do? That question, posed in the spellbinding Jordanian adventure film Theeb drives a story set in the farthest reaches of the Ottoman Empire in 1916. The man, who is seriously wounded, and the boy play cat and mouse as they help each other stay alive in a do-or-die struggle. -The New York Times

♦ The largely non-professional cast are as authentic as the craggy, unforgiving surroundings, and the way the film balances the simplicity of its central rite of passage with a broader outlook on a people caught in the shifting sands of time is a tribute to the filmmakers’ clarity of vision. A truly memorable first feature. –Time Out, London