Heroes Icons Dissenters: A Celebration of Women in Film 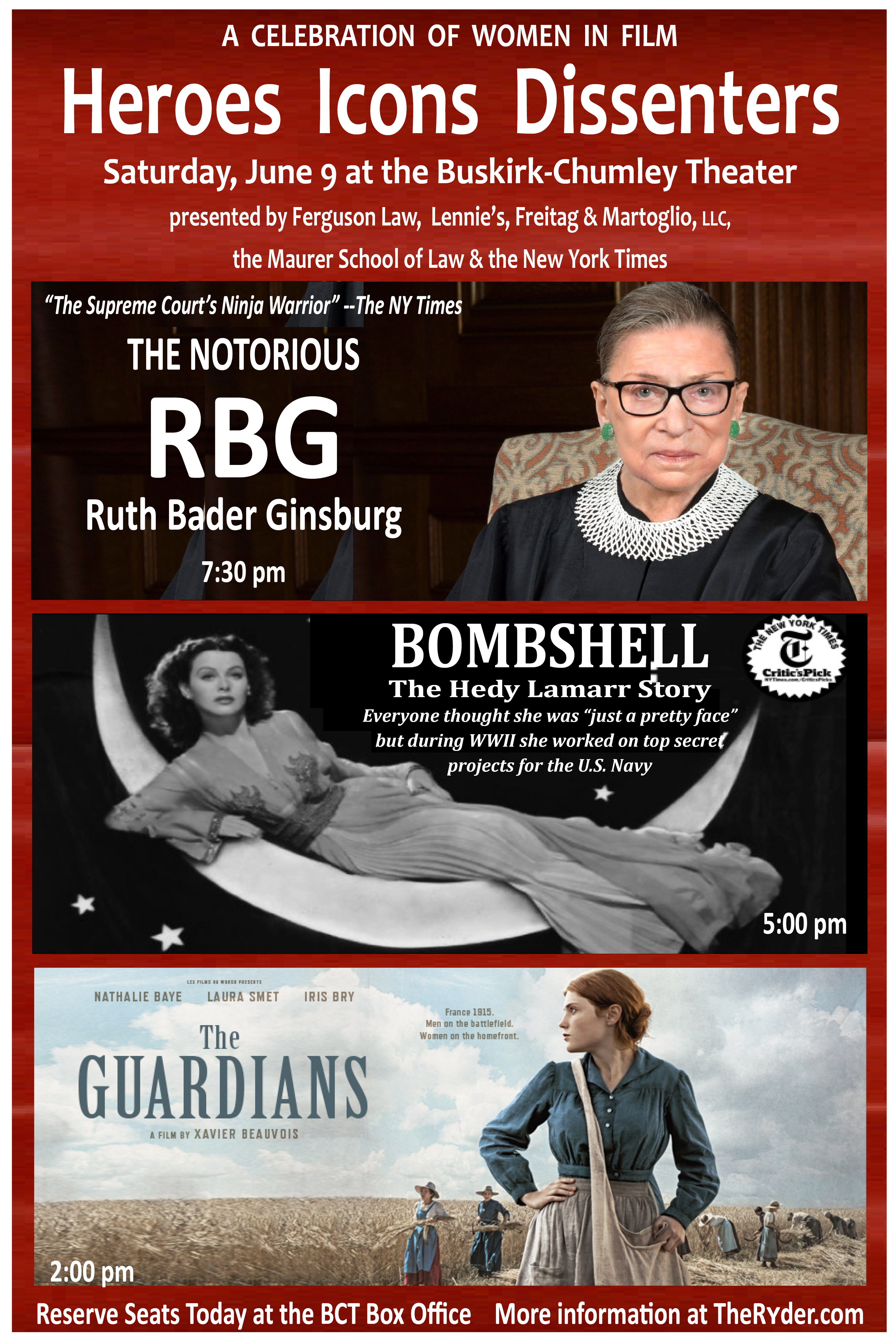 On Sat, June 9th we are hosting three films at the Buskirk-Chumley Theater celebrating the lives of women whose accomplishments may not have been fully appreciated during their lifetimes.

THE GUARDIANS Three women in rural France during WWI raise their families and work the farm while their sons and husbands are on the battlefront. Nathalie Baye stars in acclaimed filmmaker Xavier Beauvois’ story of resilience unfolding amidst the mysteries and beauties of the French countryside. “Critics Pick! A beautifully photographed chronicle of rural existence … Nathalie Baye, one of the great living French screen actresses, is magnificent.” – A.O. Scott, New York Times    2pm  Watch the Trailer

BOMBSHELL: The Hedy Lamarr Story “More than just a pretty face.” That expression has never applied more aptly to anyone as it does actress Hedy Lamarr. In the 1930s and 40s, she was considered the world’s most beautiful woman. Never taken seriously in her lifetime – and manipulated by powerful men (sound familiar?) like studio mogul Louis B. Mayer – Lamarr never got the recognition she deserved. But during World War II, she worked on top secret projects for the U.S. Navy. Today, her research is the basis for wifi. 5pm  WATCH THE TRAILER

RBG: Ruth Bader Ginsburg You may know her accomplishments, but chances are you haven’t heard her story. U.S. Supreme Court Justice Ginsburg has created a breathtaking legal legacy for women’s rights while becoming an unexpected pop culture icon. The personal journey of this diminutive, quiet warrior’s rise to the nation’s highest court during a hostile time for women, is revealed in this inspiring and multidimensional portrait. Now 85, Ginsburg refuses to relinquish her passionate duty, continues to have vigorous dissenting opinions and equally vigorous exercise workouts. 7:30pm

We use a different ticketing structure for films at the BCT:

Tickets are on sale now at the BCT Box Office

PRESENTED IN PART BY