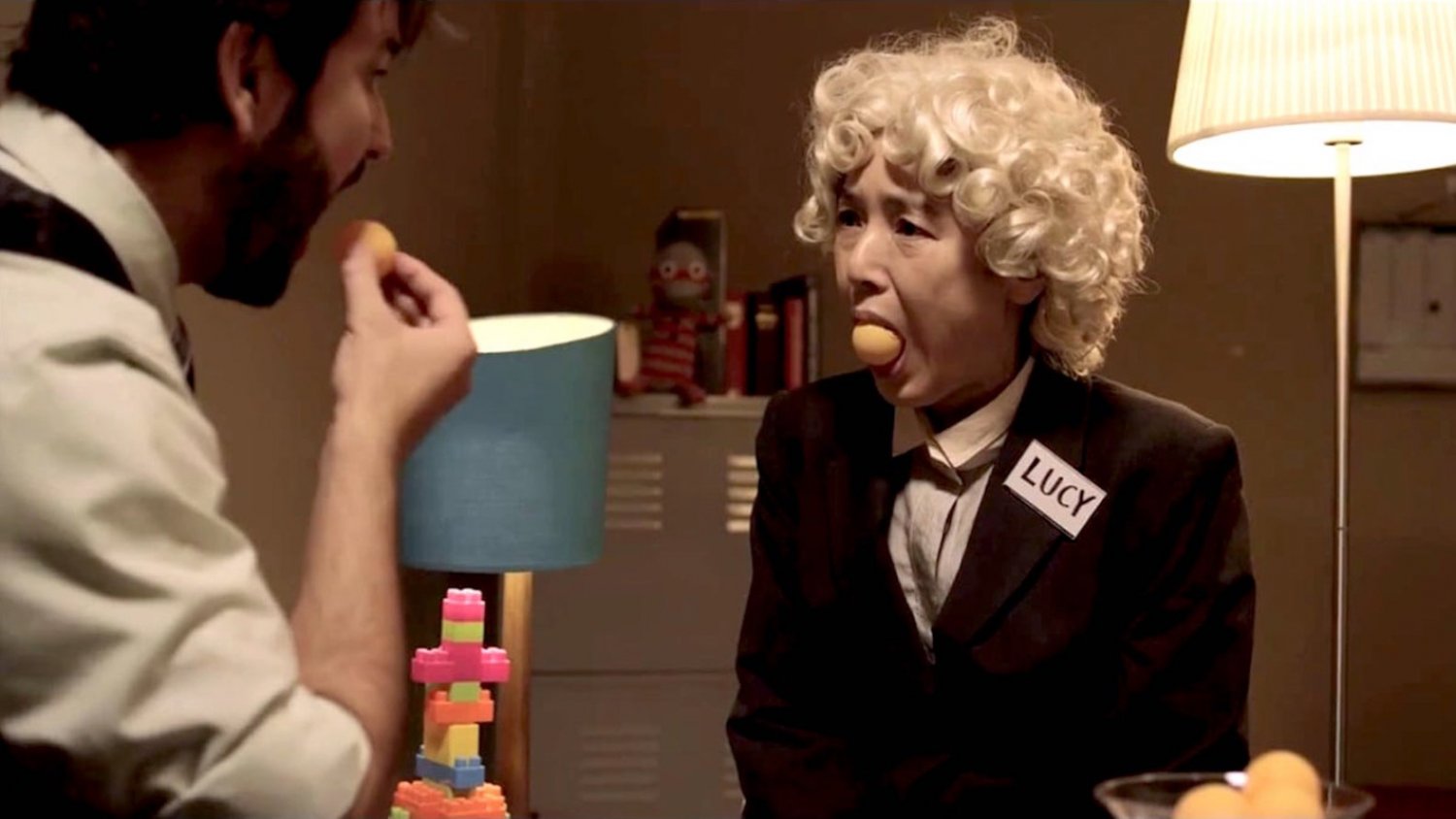 A single woman, seemingly stuck in a drab, meaningless life in Tokyo, is convinced by her niece to enroll in an unorthodox English class that requires her to wear a blonde wig and take on an American alter ego named “Lucy.”  Her assumed identity awakens hidden desires, but there are unforseen consequences.

“CRITIC’S PICK! AN AGAINST-THE-ODDS CHARMER about a woman, a tragic wig and an improbable journey. It’s a near-minor miracle that just about everything works … a movie in which the human comedy is by turns TENDER, PLAINTIVE, HEARTFELT & JOYFUL!“
–The New York Times

“VERY SMART…HARTNETT IS A GEM!” –NPR