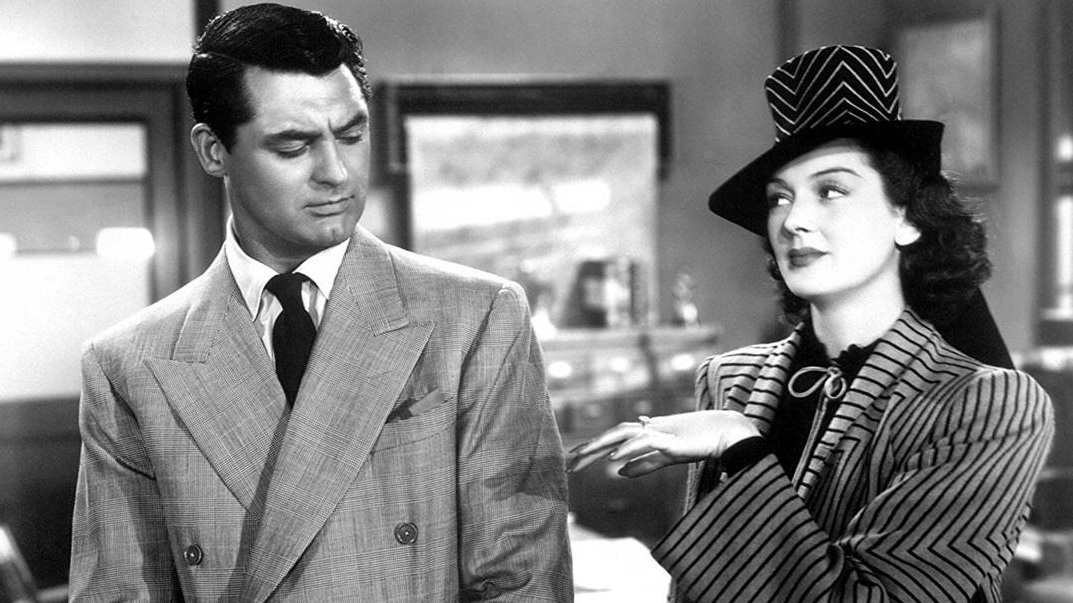 If you haven’t seen His Girl Friday, consider your life wasted so far.  –Pop Matters

We’ve been revisiting some of the earliest films that we’ve programmed as part of our 40th Anniversary. His Girl Friday is the earliest – it’s the first film we ever showed. It was screened at what is now The Switchyard. In 1979 it was a popular night spot called Time Out (it was owned by former IU basketball player Archie Dees, hence, the name). We screened four films at Time Out and then, when the club was sold and closed for renovations, we moved to Bear’s Place.

His Girl Friday was our first choice to launch our series for several reasons. It’s one of the funniest American comedies ever put on screen. Really, that’s all you need to know.

Filmmaker Howard Hawks adapted Ben Hecht’s Broadway play about a fast-talking newspaper editor and his ace reporter covering a murder trial and came up with the brilliant idea of a gender swap, turning the Hildy Johnson investigative reporter from a man into a woman – anyone who still harbors reservations about gender reassignment surgery should see this film to understand how infinitely liberating it can be. It’s as sharp and funny today as it was when we screened it 40 years ago and for that matter, when it was released in 1940.

His Girl Friday was also close to our hearts for another reason: it’s a stirring tribute to the relevance of print journalism. Hopefully, there’s a little bit of Cary Grant and Rosalind Russell in all of us.