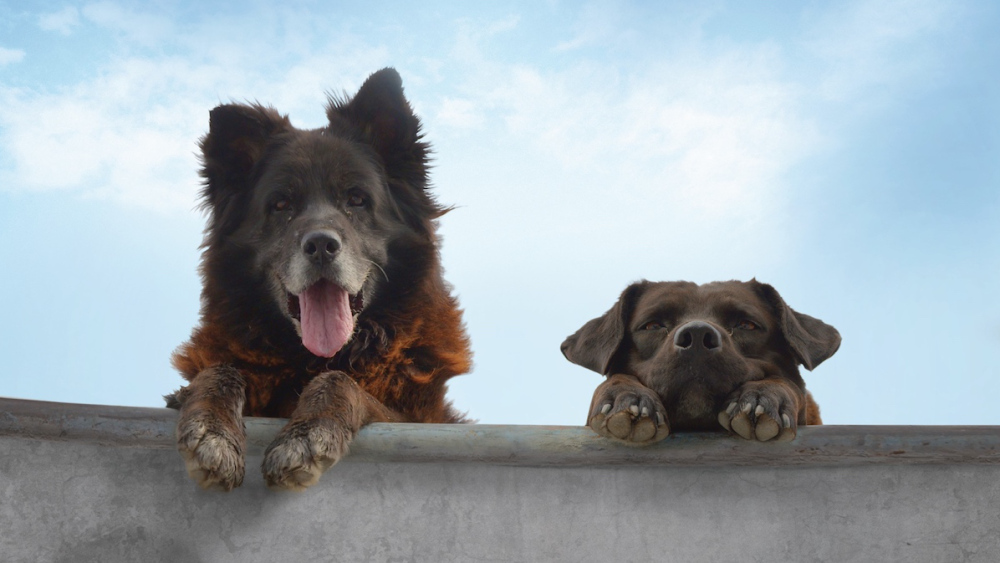 This wonderful nonfiction portrait takes place at the oldest skate park in Santiago, Chile, and was intended to feature the teenagers who congregate there regularly. But over the course of roughly two years hanging around Los Reyes with cameras, co-directors Bettina Perut and Iván Osnovikoff discovered that while the skaters came and went — many of them prohibitively shy about being filmed — there were two characters that always seemed to be hanging about: a pair of stray dogs. And so they shifted the entire focus of the film such that the inseparable canines became its protagonists.

Los Reyes (“The Kings”) watches Fútbol and Chola, a furry shepherd mix and some kind of labrador, respectively, as they hang out, play, and generally coexist with the teenagers who are also hanging out and playing on the lawns and concrete ramps. As the months passed, the adolescent skaters no longer minded being recorded. They even agreed to wear wireless mics, opening up about personal subjects — candid stories about smoking and selling weed, heated disagreements with their guardians, and run-ins with the corrupt local police — while the cameras were trained elsewhere, on the two street dogs, the true “kings” of Los Reyes skate park.

In this beautiful film, two canines while away the time as life goes on around them. – The New York Times

“Film of the Week!” It is possible to control animals in film, to train them to do or not do certain things, but it’s sometimes far more interesting to let them dictate matters. That’s what appears to have happened in Los Reyes, an extraordinary film by the Chilean duo Bettina Perut and Iván Osnovikoff.  -Film Comment

The film captures moments of vitality, beauty, and hilarity. The result is a quietly radical attempt to view the world from a non-human perspective that also doubles as a chilled-out buddy comedy of sorts. [The two dogs] radiate nothing less than the same iconic slacker vibes of a Bill and Ted or Cheech and Chong.  – Slant