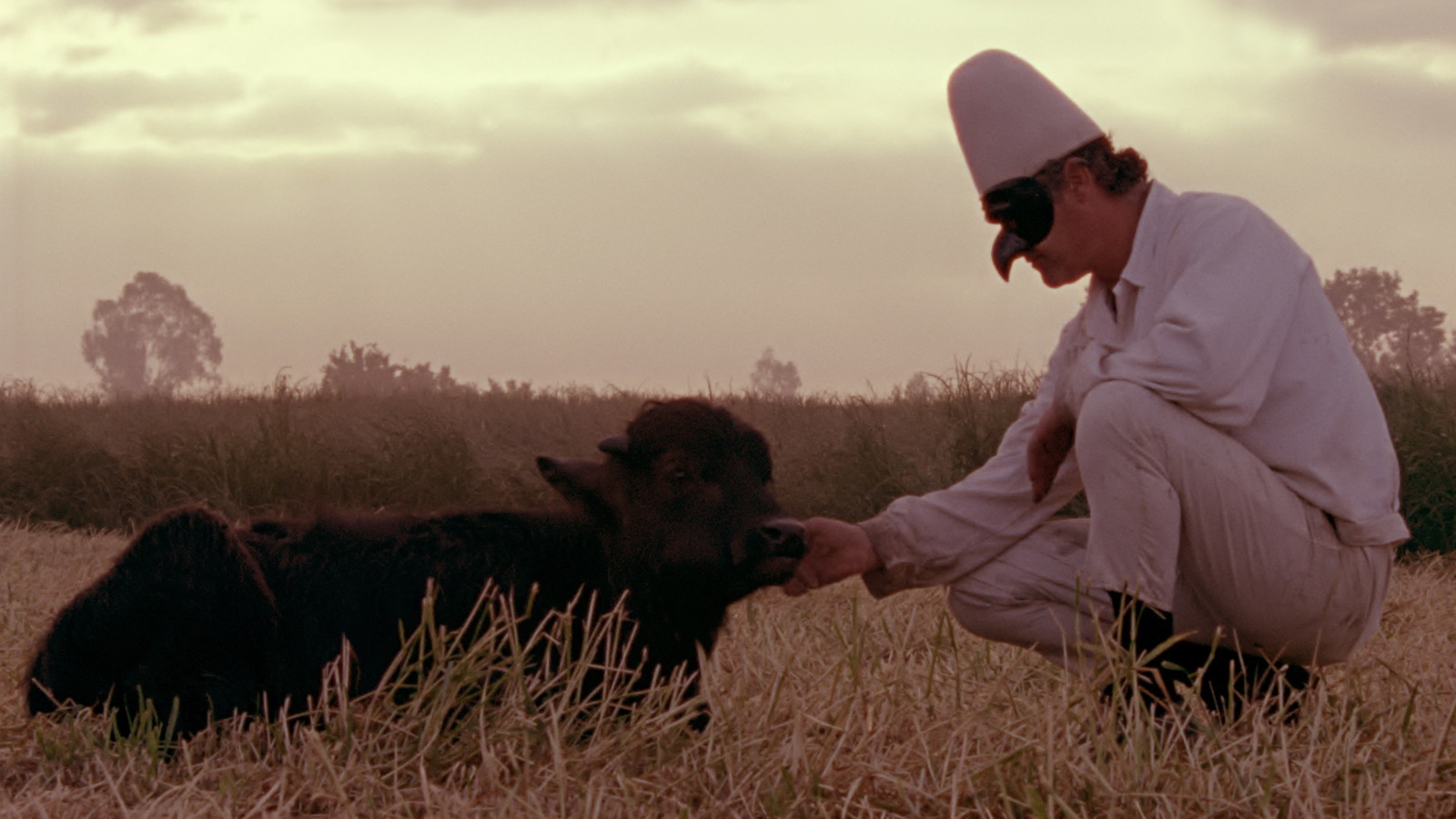 Lost and Beautiful blends fable and reality. A humble shepherd, Tommaso, takes it upon himself to look after the abandoned Bourbon palace of Carditello, deep in the heart of the ‘Land of Fires.’ One day, Tommaso is seized by a heart attack and dies; but not before making a final wish. He summons a masked character named Pulcinella to rescue a buffalo calf called Sarchiopone from the forsaken palace. Together, man and beast embark on a long journey through a lost and beautiful Italy, searching for the old customs and values which may no longer exist.

Director Pietro Marcello initially conceived of Lost and Beautiful as a a non-fiction portrait of the real-life Tommaso Cestrone, the heroic farmer popularly known in Italy as the Angel of Carditello because he risked his life to take care of the long-neglected 18th-century Royal Palace of Carditello. But after Cestrone died of a heart attack, Marcello reimagined his film as a docu-fiction hybrid. Using local, nonprofessional actors, he shot the film on expired 16-millimeter film stock.

Lost and Beautiful is narrated by the buffalo calf Sarchiopone; if you don’t believe in talking animals, this may not be the film for you.

♦ Lost and Beautiful is funded in part by grants from the French & Italian Enrichment Fund and the Olga Ragusa Fund for the Study of Modern Italian Culture, administered through the IU Department of French & Italian.

It’s the curious virtue of this singularly original film that Lost and Beautiful manages to tell a truth that’s not just poetic, but political too, not just animal, but profoundly human. -Film Comment

Lost and Beautiful has the beauty of a Romantic painting, and it allows us to hear the voice of the buffalo’s thoughts as it contemplates the fate of beasts and men in this troubled world. I haven’t seen anything like it this year. –from the Toronto Film Fesival

Pietro Marcello continues his intrepid work along the borderline of fiction and documentary with this beautiful and beguiling film, by turns neorealist and fabulist, worthy of Pasolini in its matter-of-fact lyricism and political conviction. -Film Society of Lincoln Center