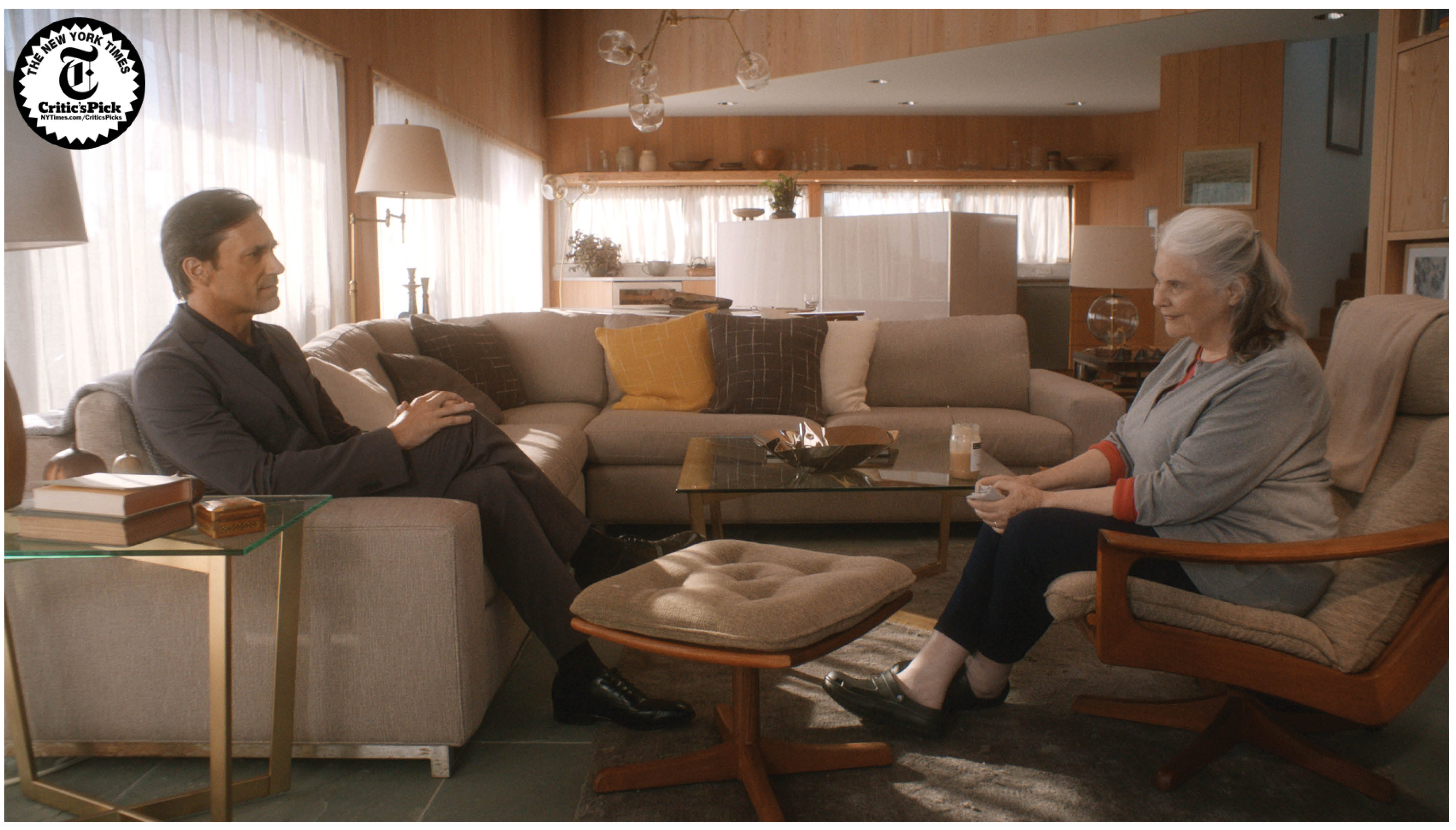 Marjorie Prime stars the great character actress Lois Smith. (You might not recognize her name, but you’ve seen her in dozens of movies going back to East of Eden – how many actors working today can say they appeared opposite James Dean?)

Set in the near future, Marjorie Prime is the story of an aging violinist whose memory is fading. But she has a handsome new companion (Jon Hamm of Mad Men) who looks almost exactly like her deceased husband Walter, with one small difference — he is a hologram. He is a gift to Marjorie from her daughter Tess (Geena Davis), and son-in-law Jon (Tim Robbins), who recognize Marjorie’s need for companionship, however abstract. And he’s been programmed to aid her memory by telling the story of her life back to her.

There’s more going on in this movie’s 90-plus minutes than in many blockbusters nearly twice its length. –The New York Times

Beginning Jan 1st, single admission tickets will increase to $6. We’ve held off as long as we could — it’s been something like 7-8 years (and possibly more than 10 years) since we last raised our ticket price.

Semester passes will stay at $30. Last semester we showed 18 films. Think about it. 18 movies, $30…well, we’ll let you do the math. This semester we are also offering a five-film ticket for $20, which is also a pretty good deal.