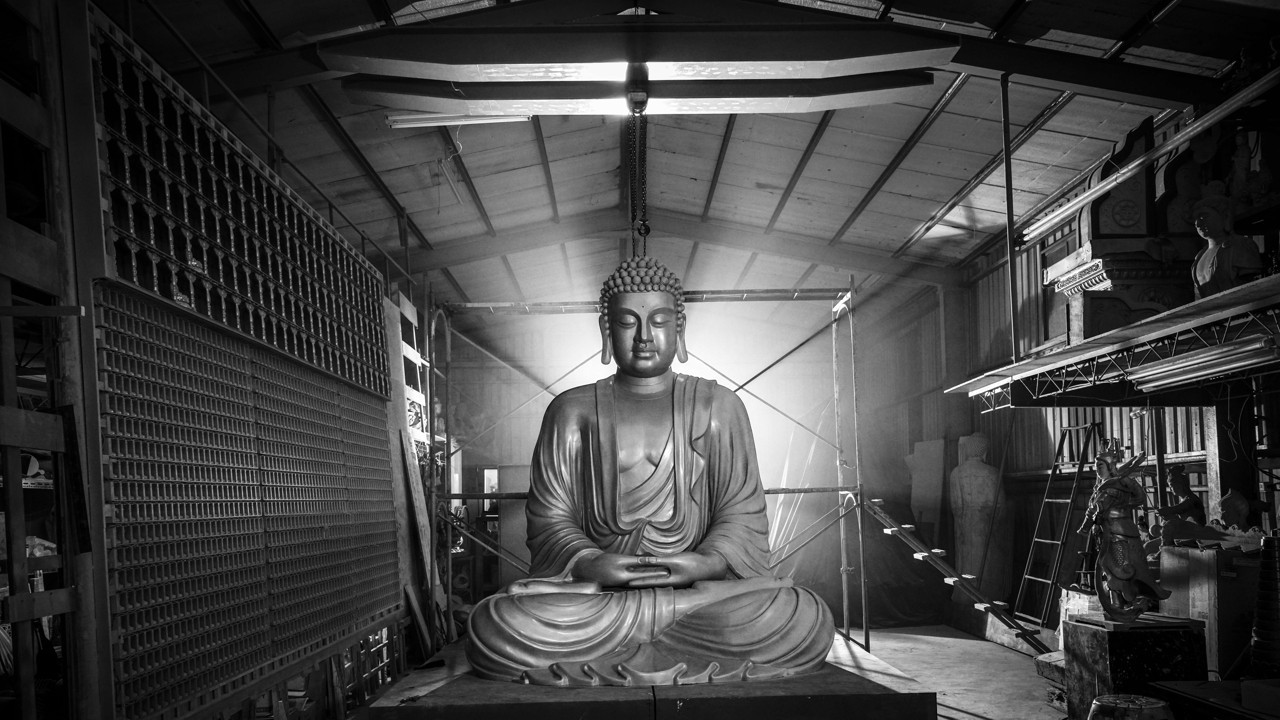 Pickle is a night security guard at a bronze statue factory. While trying to kill time on the long nights spent in the security room, he and his best friend, Belly Button, watch the dash-camera footage of Pickle’s rich boss, Kevin. Viewing the trysts Kevin has with various women, they witness something they never should have known about.

The Great Buddha+ might be the most eagerly awaited Taiwanese film of the year and no, that’s not a typo in the title. The + refers to a smartphone model was satirically added by the filmmaker, Huang Hsin-yao, as a reference to product placement trends. (104 min)

“Arguably the best film to emerge from a year of exciting resurgence in Taiwan”
-Maggie Lee, Variety

“Viewers looking for renewed faith in the power, vision, and sheer fun of movies will love The Great Buddha+.”
-Ken Eisner, Georgia Straight

“An audacious and funny switch to features casting a sharp eye on social inequality… it will introduce many American cinephiles to a voice they’ll hope to hear from again very soon.”
– John DeFore, Hollywood Reporter