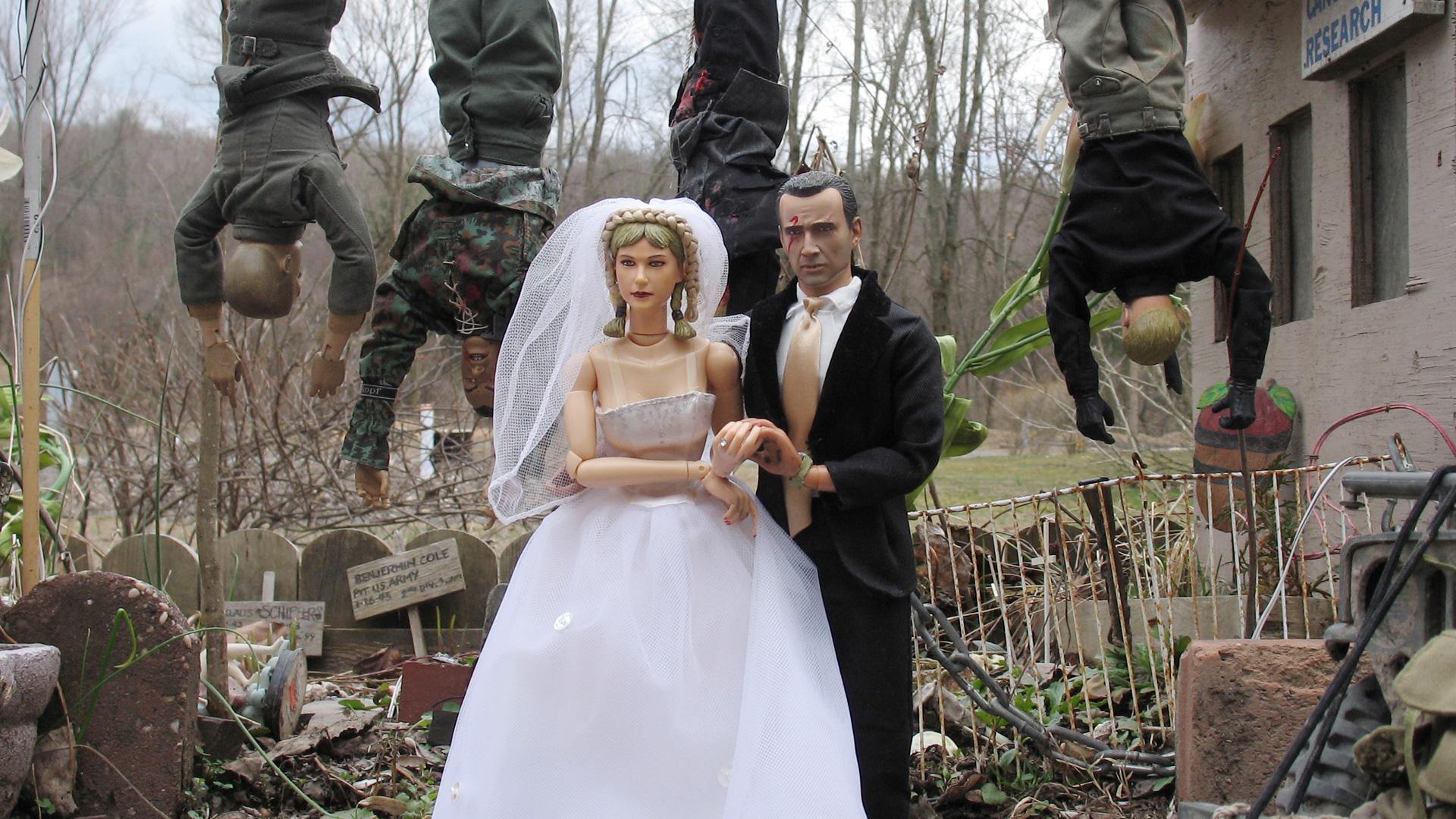 On April 8, 2000, Mark Hogancamp was attacked outside of a bar by five men. After nine days in a coma and 40 days in the hospital, Mark was discharged with little memory of his previous life. Unable to afford therapy, Mark decided to create his own. In his backyard, he built Marwencol, a 1/6th scale World War II-era town that he populated with dolls representing his friends, family and even his attackers. After a few years, Mark started documenting his miniature dramas with his camera. Through Mark’s lens, these were no longer dolls – they were living, breathing characters in an epic WWII story. And he (or rather his alter ego, Captain Hogancamp) was the hero. When Mark’s stunningly realistic photos are discovered by an art magazine, and a prestigious gallery comes calling, his homemade therapy suddenly becomes “art,” forcing Mark to make a choice between the safety of his fictional town and the real world beyond it. (83 min)

We showed Jeff Malmberg’s non-fiction film when it was first released, in 2010. The Hollywood version, called Welcome to Marwen and starring Steve Carrell, will be released on Christmas Day. Malmberg has since gone on to direct Spettacolo, which some of you saw when we screened it in 2017.

Four years in the making, “Marwencol” emerges as a number of things: an absorbing portrait of an outsider artist; a fascinating journey from near-death to active life; a meditation on the brain’s ability to forge new pathways when old ones have been destroyed. Woven together by Jeff Malmberg — if not seamlessly, then with illuminating patience — these disparate strands honor an individual as unique as the miniature universe on which he depends. -The New York Times

Exactly the sort of mysterious and almost holy experience you hope to get from documentaries and rarely do. -The Village Voice