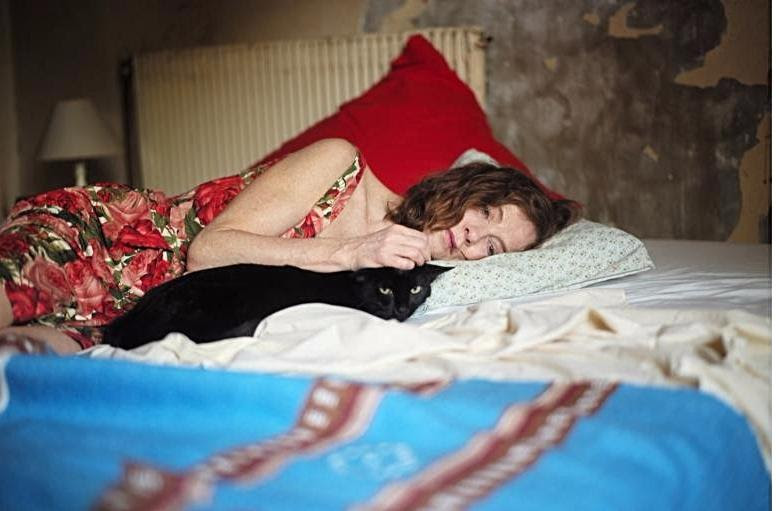 Academy Award nominee Isabelle Huppert stars as Nathalie, a Parisian philosophy teacher with a seemingly settled existence, juggling a rich life of the mind with the day-to-day demands of career and family. But when her husband announces that he is leaving her, the pillars of Nathalie’s life begin to crumble. For the first time in ages, she finds herself adrift, but also with a newfound sense of liberation. With nothing to hold her back, Nathalie sets out to define this new phase of her life and to rediscover herself. Filmmaker Mia Hansen-Love is the  daughter of two philosophy professors; she elegantly weaves thought and life into a universal tableau of loss, change, and affirmation.

Philosophical references are sprinkled throughout the film. Characters turn to Frankfurt School dialectics, examining and discussing rigidly opposing ideas to find the truth.  Jean-Jacques Rousseau, trailblazer of Enlightenment and the French revolution, appears in several scenes.  And then there’s the especially astute aphorism from 17th century thinker Blaise Pascal’s Pensées which serves as a guiding motif of the film: “All of humanity’s problems stem from man’s inability to sit quietly in a room alone.”

Here is a recent NY Times magazine profile of Huppert.

Impress your friends with this fun fact: what do Things To Come and the 2017 edition of Baseball Prospectus have in common? They both quote German philosopher Arthur Schopenhauer

Isabelle Huppert is extraordinary. She shines in this quiet French jewel. -TIME Magazine

Things to Come is a cinematic rarity — a genuinely philosophical film. –Boston Globe

WHERE ARE FILMS SHOWN?

WHERE CAN I PARK?