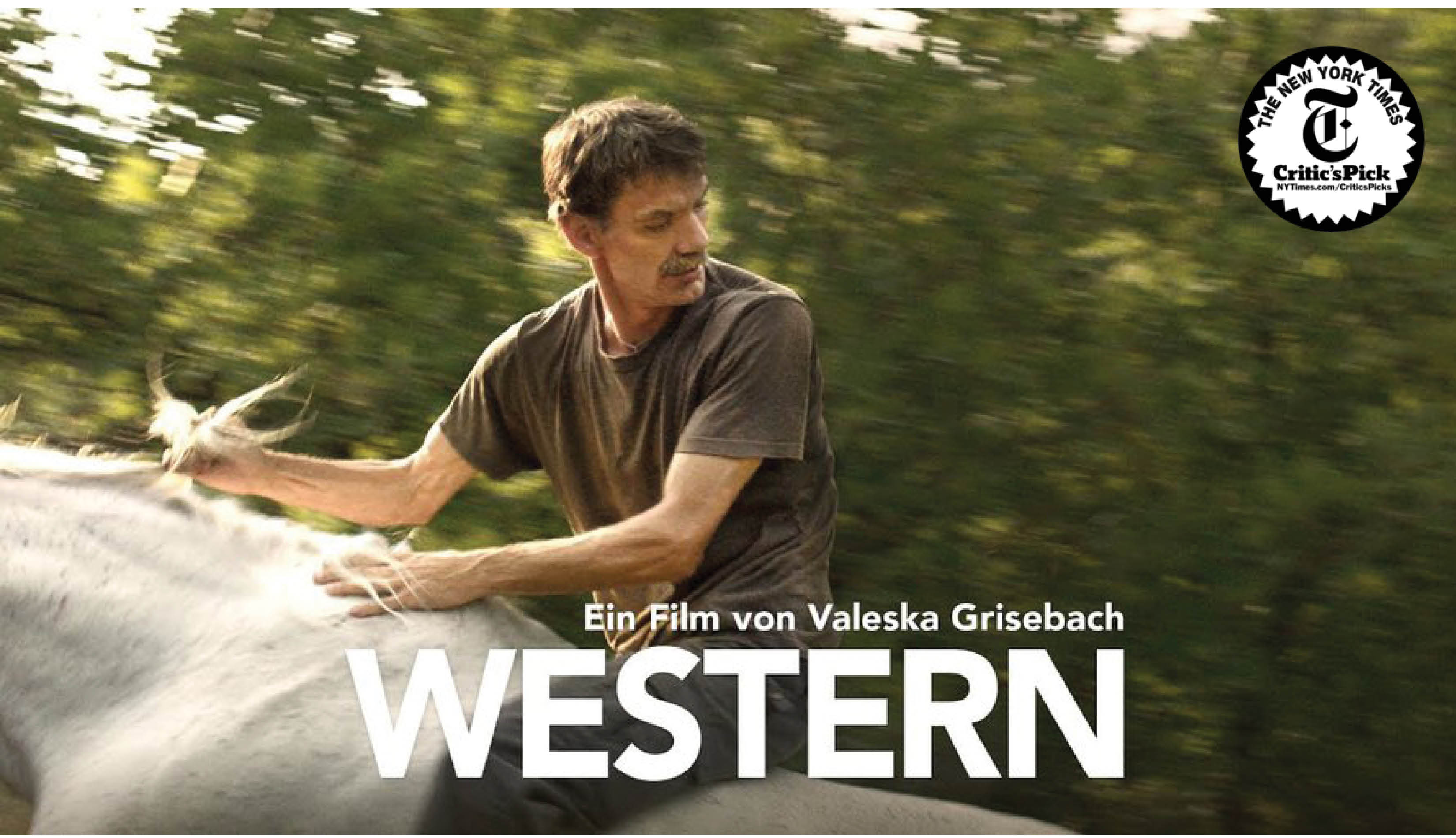 Western follows a group of German construction workers installing a hydroelectric plant in remote rural Bulgaria. The foreign land awakens the men’s sense of adventure, but tensions mount when, Meinhard, the strong, silent and newcomer to the group, starts mixing with the local villagers. The two sides speak different languages and share a troubled history. Can they learn to trust each other — or is the stage being set for a showdown?

Western is written and directed by Valeska Grisebach and is produced by Maren Ade. They worked together on the Academy Award nominated Toni Erdmann – Ade as director and Grisebach as script consultant – which you may have seen last year at the IU Cinema. Grisebach’s two previous features, Be My Star (2001) and Longing (2006), were never released in the U.S., but established her on the festival circuit as a director to watch. She’s especially adept at coaxing raw, uninhibited performances from nonprofessional actors, notably Meinhard Neumann, who perfectly embodies the stoic discomfort of a man who feels alienated, not just from strangers but from friends and loved ones as well.

in German and Bulgarian with subtitles /  119 minutes

Critic’s Pick! There is no doubting Ms. Grisebach’s filmmaking. Her eye for faces and for nuances of gesture and posture is matched by her ability to capture the beauty and strangeness of the landscape, and to make sense of its intricate geography. “Western” is as precise as a dropped pin on a GPS map, which makes its sense of mystery all the more powerful. – A.O. Scott, The New York Times

Grisebach has a subtle and empathetic way with her cast of nonprofessional actors, particularly the still waters of leading man Meinhard Nuemann. With his sinewy frame, bushy mustache and eyes that seem to hold endless reserves of sorrow, he’s one of the more compelling figures I’ve seen onscreen recently, more voluntarily vulnerable than the searchers of Westerns past. – New York  magazine