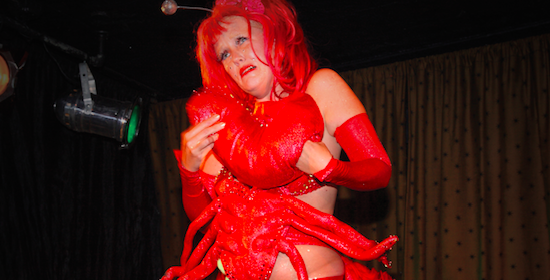 Beth B. comes out of the edgy DIY movement that started in New York in the mid-1970s.  Like a lot of people in her generation she started out in art school, but the art school scene irritated her.  “Art seemed a bit frivolous, an aesthetic indulgence to which I no longer felt connected.  I began to question art as a valid form of expression.  I had a kind of idealism.” She dropped out of art school and at the age of 18, went to Israel to study at the Jerusalem University.  It was 1973 and when the Yom Kippur war broke out she left school altogether.  For 8 months she hitchhiked back and forth in the war zone, “picking up soldiers with their Uzis and tanks, talking to people on both sides.”  Toward the end of the war, her Israeli boyfriend disappeared.   She didn’t see him for months and then she finally heard he had been hospitalized with PTSD.  When she saw him again “he was a ghost of the vibrant, kind young man who I’d known.” B. returned to New York, met Scott B., and got a day job working “as a sort of Madam” in a high class brothel.  She also got a movie camera and began making the kind of the blood-and-guts art that she thought might make a difference.

And that is the kind of art she is still making. Street art with a touch of humor.  Her most recent film, Exposed (2013) will be shown at the IU Cinema, Thursday Feb 5 at 7p.m.  Beth B. will be present at the screening and will also give a Jorgensen Lecture at the Cinema Friday, Feb 6 at 3:00 p.m.

Exposed pushes cultural boundaries in ways that few contemporary films do.  It takes us into an underground subculture, revealing a world where cutting edge performers push burlesque to extremes. “Some of it I truly could never have imagined,” B. says.  It’s satire; it’s parody.  It is, B. writes on her website, a “populist blend of art and entertainment.”

[Image at the top of this post: Beth B. as Bambi the Lobster Girl; photo/Ande Whyland.]

Of course, that is practically a definition of burlesque itself.  Originally intended to mine what Beth B. has called “a crack in the veneer,” burlesque is a popular art with a troubled history. In its earliest form, it was theatrical satire.  Gradually, the erotic and exotic dance component that we now associate with burlesque became a dominant feature, but this was always contained within a pointedly political cabaret. Prohibition (1920-1933) and a post-Prohibition crack down on burlesque shows precipitated a decline in public performance that lasted throughout the 1940s. “By the 1970s,” one popular site notes, “burlesque had all but died out.”

As we know from local burlesque shows, recent years have seen a resurgence in burlesque aesthetics and performance, and it is this neo-burlesque that Exposed explores.  The film profiles 8 artists who use their nakedness to challenge social and sexual taboos. Drawing on traditional burlesque, performance art, and, in some instances, the Freak Show, Exposed combines politics and physical comedy to challenge the very notion of “normal.”  Google searches for the film bring up a sidebar that classifies Exposed as “horror/comedy.” I would call the film avant-garde, Downtown, post No-Wave.  A quintessential Beth B. film.

Beth B. is part of the Downtown movement—sometimes called No-Wave–that started in New York in the mid 1970s. This was when Patti Smith, Television, and the Ramones first began playing at CBGB’s; when the classical music scene was rocked by musicians like Philip Glass and Brian Eno; when Kathy Acker and Gary Indiana began writing raw fiction and reportage; when artists like David Wojnarowicz and Robert Mapplethorpe began documenting gay S&M culture; and when performance art emerged as a political issue.  As the 80s wore on, the Downtown scene publicized the AIDS epidemic and mounting street poverty with direct action and art campaigns that were visceral, raw and brilliant.  Film was just one component of a larger artistic enterprise.   “It was DIY guerilla film-making—super 8 film-making on steroids,” B. says.  “Distribution was sleeping in someone’s barn, shed, or squat while traveling the world, carrying a super 8 projector to show our films in underground clubs and, on occasion, a real theatre.”

Beth B.’s first short films were filled with references to torture, social repression, terror, and sexual domination.  They could, she admits, feel like an assault.  “Especially when the audience “was trapped like sardines in a dark club with music raging and images visceral and unrelenting.”  G-Man (1978) uses a blend of actual news footage and original material to attack society’s power structures, depicting a cop who is so jaded that he feels compelled to hire a dominatrix.  Black Box (1979) takes place completely within the eponymous box, showing a man imprisoned and tortured.  Letters to Dad (1979) employs a style that B. would return to frequently throughout her career.  Various people, many of whom would be known to Lower East Side residents, read excerpts of letters to the camera (who here is cast in the role of Dad).  At the end, we learn the letters were written by the follower of People’s Temple to their leader Jim Jones, immediately prior to their mass suicide.  Subsequent films deal with child abuse, murder, and hate crimes, the suppression of difference. B. directed 15 short films, 8 feature length theatrical films, and music videos for Joan Jett, Dominatrix and Taka Boom.  Wildly experimental, the films drew on the work of the Kuchar Brothers, Andy Warhol, Tony Conrad and Kenneth Anger for inspiration.  And they coexisted (and were sometimes exhibited) alongside her gallery installation work.

She was a member of the artist group COLAB (“Collaborative Projects”), and participated in shows at the MUDD Club, CBGB’s, Delancey Street and the ABC No Rio Gallery.  Throughout this period, she continued to out sexual abuse, domination and political terror.  But as the 1990s wore on, she became increasingly interested in the link between police brutality on the street and the kind of state sponsored violence and interrogation that we normally associate with torture. “I wanted my work to confront and change that which I saw as unjust,” she says simply.

After 2000, B. turned to making more commercial documentaries, making at least 8 films for Cable television.  While these films were not as formally experimental as her early work, they continued to explore her signature themes: the confluence of sexuality and socio-political violence. “I never thought I’d find a place in television,” she told me.  “But this actually was the first time I made a good living as an artist,” she says.  Still, “after 8 years, my heart was bleeding and I needed to get back to my own vision in film-making.”

And so, Exposed  was born.  Seven years in the making, it was a film, B. says, “that took me back to the New York City underground.  With great pleasure, I reconnected with the phenomenally creative subculture…I was back in the clubs with the outsiders but this time with performance artists who are reinventing the art of burlesque and taking it to extremes. I was so thrilled to have had the opportunity to work with these performers.  It’s reignited my faith in the need to break boundaries.  They’re always there and these brave and sensitive souls tell their intimate, harrowing stories, confront American Puritanism, offering up full-frontal nudity and showing us lots of cool tricks using intriguing things that can go up one orifice or another.  It’s a nice circle I’ve made in my career.  I think it’s the best film I’ve ever made.”

Joan Hawkins is an Associate Professor and the Director of Film and Media Studies in the Dept of Communication and Culture at I.U.  She is the author of Cutting Edge: Art Horror and the Horrific Avant-garde  (University of Minnesota Press, 2000). Downtown Film and TV Culture 1975-2001 is forthcoming from Intellect Press.