Fiction: To Build A Playset 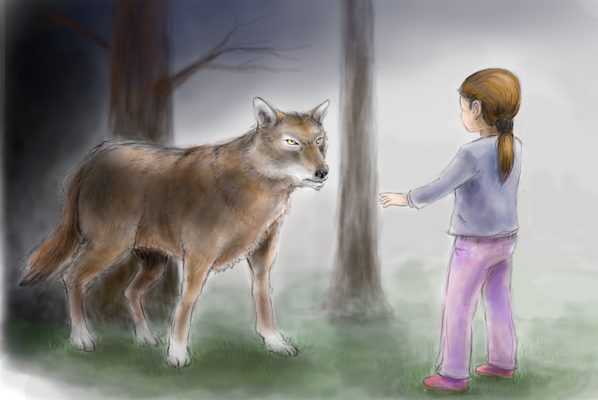 “Her parents are insane.  How do you let a seventeen year old girl go out, all alone, to California?  Even if it is with a Christian biking group, I mean, who knows what kind of sick people are just out there, you know, waiting….”

Your left hand tightens on a spaghetti-smeared plate, your right a fresh new sponge.  The other parents talk at your kitchen table.  You frown at your wife.  She doesn’t notice.

“Her parents should have seen it coming,” Ashley continues, “High school senior or not, you can’t just let a teenager do whatever they want!”

In your backyard, the girls sprint across your well-manicured lawn.  Your daughter Danielle chases after Kayla and Josie, who run hand in hand, crying out shrilly, evading Danielle’s grasp.  It’s dusk. You’ll give them fifteen more minutes.

At the table, some sit still, others nod or shake their heads. All are silent, lost in the horrible thought of one of their own careening down fifty feet of seaside cliffs.  Ashley’s grin of faux solemnity can’t hide what she, what you, what everyone must feel. It happened to someone else.

Jim speaks up. “I don’t know, Ash. How could anyone have seen this coming? They’re good people. Good Christian people. Valerie was Kayla’s Sunday school teacher.  I mean, I see what you’re saying, but….”

You try to catch Jim’s eye, offer him your silent approval, but he doesn’t see.  He is silent now, playing it out, watching Kayla instead of Valerie slip over the edge, watching her fall, her bruised and pulped body, strapped to a stretcher, and him, forced to sit through a plane trip to California that lasts forever, rushing into the hospital room to find her covered in bandages, comatose, wondering if she will ever wake, if she will ever speak again.

The girls swing on the eight-years and up playset you bought in April.  Josie plays boss, pushing Kayla and Danielle.

You still worry there might be some flaw, some defect in the contraption. You didn’t assemble it. You wanted to. But the store sent a young Arab man to do the work.  He was nice. All smiles. You knew you ought to be building your daughter’s playset, and said as much.  He nodded and smiled. When you asked him his name he was silent for a moment, wrenching the monkey bars, and then he said, “Mohammed.”

“Yessir,” he said, tightening the crossbeams onto the longer, hollow beam. “Just like the boxer.”

“I’ve heard that’s a pretty popular name over there.”

Mohammed wiped his sweaty hands on his coveralls. His eyes search the piles of steel poles, nuts and bolts. “Wouldn’t know myself. I haven’t been to Algeria since I was about four years old.  I don’t remember much.P

“Ah, yeah I guess that’d make it difficult.” You watched him work, felt stupid. “Sorry about assuming, you know. I thought because of your accent and all. I’m sorry.”

“No worries, sir.  I take my accent from my parents, uncles, and close friends.  We’re very close.”

“Well that’s good.” You smiled and nodded. “As I understand it, you all have been getting the short end of the stick, what with the discrimination and all. Pretty unfair, if you ask me.”

His low smile told you that he’d heard this plenty of times from white people. But it was still a smile, and he nodded. Jittering your empty hands at your side, you went inside and grabbed two cold ones. A gesture of solidarity, or kindness, or maybe just a beer.

Mohammed was absorbed in his work when you returned. He didn’t notice you. For a moment you stood above him, staring down on the balding whorl at the crown of his head. “Here you go,” you said. He turned quickly and you held out the cold can of beer. “How can I help?”

He didn’t take the beer.  He looked at it, then at you, and then looked away, still smiling. “Sorry sir, we’re not supposed to let our clients help with the construction.  It goes against some insurance policy or something.  Same goes for the beer.  I’d lose my job.”

“Well, I won’t tell anyone,” you said, your arm still outstretched.

“It’s also against my religion. To drink alcohol.”

You stood there, still holding the beer out to him, as clarity came. You nodded, but much too fast. “Right. Of course, yeah. Well, can I get you anything else?”

The table kicks and chuckles. You’ve missed a joke.  Your wife catches your confused glare. “Jim was just telling us about Mrs. Donavon’s hysterics down at Sir Tans-A-Lot.  You know, they just added that indoor suntan tan.”

“I don’t know,” Ashley says. “Seems pretty ridiculous we let our government tax us so much.  I mean, aren’t heavy taxes the reason we left Britain in the first place!”

The others roll their eyes or lower their heads.  It’s bait, too plain and easy.  No one bites.

“I’m serious!  I was talking to Josh about it just the other night. We were thinking of going out to one of those Tea-party rallies.  The property tax here is thievery!”

Ashley’s words wriggle like a malnourished worm. The gleam of the hook shines.  You fantasize chucking a coffee mug at the back of her head.  As you walk across the kitchen, kettle of lukewarm tea in hand, your eyes catch the girls outside, no longer on the swings. They are standing together now, in a line, all facing the same direction, staring into the darkness of the woods beyond the yard.

A form comes out of the shadows, takes a step and then another. A dog, you think, stepping toward your daughter. “Dani,” you say, though she can’t hear you. You set the kettle in the water, slowly, too slowly, still thinking through what you’re seeing and what it means.

“Miranda,” you say slowly, and then, rushing, “Miranda! Whose dog is that?”

The parents rise and look outside.  Swift steps bring Jim’s hand to the sliding door’s handle.  The glass doors part and you step through first.  It’s about the size of a collie, but its fur is brown-grey, matted and greasy.  As the others back away, Danielle steps closer, holding out her hand.

“Dani, no!” You yell.  The creature and the girl both look at you.

You rush forward as the animal quickly sinks back into the dark woods, and you take your crying daughter in your arms. The parents, your friends, flood behind in a swirling flurry, trailing the chill of AC.

“That was a coyote!” you shout.

“Did you not see the teeth on that thing?”

“Must be separated from its pack.”

“Holy shit, we have coyotes in the suburbs?”

“How do you know it was a coyote?”

“Did anyone else get a good look?”

The question silences all but the muffled sobbing of the girls.

Christopher David was born in Bloomington, left months after, and returned the summer he turned ten years old.  After graduating from Bloomington High School North, he stuck around to double major in French and English at Indiana University. Christopher currently lives in France teaching English at l’Université de Strasbourg.