FILM: Wait ‘Til Your Father Gets Home 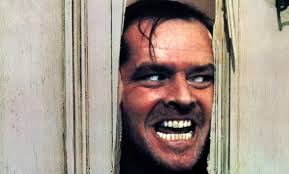 Movies to Watch on Father’s Day ◆ by Craig J. Clark

On television, fathers may think they know best, but at the movies they aren’t always so sure-footed. Whether they like to admit it or not, they can’t all be Atticus Finch.  As portrayed by Oscar winner Gregory Peck and brought to the screen by Robert Mulligan,  Atticus is the father to the impressionable young Scout and her brother Jem in To Kill a Mockingbird.  He is the preeminent upright father figure, but few of his peers can ever hope to measure up to him.

Not that they don’t try their best, of course. In Terrence Malick’s Palme d’Or-winning The Tree of Life, Brad Pitt attempts to instill his values in his three sons, but the eldest (who grows up to be emotionally distant architect Sean Penn) chafes against his authoritarian stance. The same goes for Burl Ives as Big Daddy in Richard Brooks’s adaptation of Cat on a Hot Tin Roof. Based on the play by Tennessee Williams, which lost some of its subtext in the transition, Cat finds Ives struggling to relate to his grown son Brick (Paul Newman) and mostly failing, but they eventually reach a kind of mutual understanding.

Finding a way to relate to his family is also foremost on the mind of Gene Hackman in Wes Anderson’s The Royal Tenenbaums. Long absent from the scene, he has his work cut out for him with his adult children (financial wiz Ben Stiller, moody playwright Gwyneth Paltrow, tennis pro Luke Wilson) who all blame him for the ways they’ve faltered in their lives. It’s hard to get more estranged, though, than Jack Lemmon is from his son in Costa-Gavras’s gripping political drama Missing. Another winner at Cannes, taking home the Palme d’Or and Best Actor for Lemmon, it’s a true story set in the aftermath of Chile’s 1973 coup and sees the deeply conservative Lemmon coming to a political awakening as he tries to find his activist son, who has disappeared without a trace.

Albert Brooks has a bit more luck as an animated clownfish in Pixar’s Finding Nemo, which turns a parent’s worst nightmare – a child being snatched away right in front of their eyes – into a thrilling and frequently hilarious adventure. That’s definitely a far cry from the work of writer/director Lodge Kerrigan. In his debut, Clean, Shaven, newly released mental patient Peter Greene attempts to track down his daughter in his own unhinged fashion, and his later film Keane follows a desperate Damian Lewis obsessed with finding his young daughter, who was abducted from New York City’s Port Authority Bus Terminal. The way Kerrigan gets inside his characters’ heads, you feel for them almost as much as you fear for their dwindling sanity (and realize that even if they found their children that might not be the best thing for either of them).

A kidnapping is also central to the plot of Akira Kurosawa’s High and Low, only this time the twist is that instead of the son of industrialist Toshiro Mifune, the perpetrators take his chauffeur’s son instead – and then insist that he still pay the ransom. There’s a great deal of tension in the first half of the film as Mifune debates whether he’s willing to ruin himself financially for the sake of another man’s son, but when his chauffeur pleads with him, one father to another, he knows he can’t refuse.

A father’s desire to protect his offspring is the driving force behind Orson Welles’s Mr. Arkadin as well, but it manifests itself in a completely different way. In addition to writing and directing, Welles also plays the title character, a filthy rich man of the world with a murky past who hires a private detective to dig up whatever dirt can be found on him – largely so his daughter (Paola Mori) will never hear about it. On the other side of the fence, Al Pacino’s Michael Corleone knows all about his father’s dirty dealings in Francis Ford Coppola’s The Godfather, but Vito Corleone (Marlon Brando) tries to keep him out of the family business anyway (and we all know how that works out).

For some fathers, protecting their children is their way of atoning for past mistakes. In Firestarter, based on the Stephen King novel, David Keith is on the run from a sinister government agency that is really after his pyrokinetic daughter (Drew Barrymore). Of course, she would have been a completely normal little girl if Keith and his wife hadn’t taken part in a government experiment in college that left them with residual (but weak) psychic powers. Little did they know what they would be passing on to the next generation.

A similar situation is found in David Cronenberg’s Scanners, although in that case the mutation was the unexpected side effect of a pregnancy drug developed by scientist Patrick McGoohan, who subsequently withdraws himself from the lives of his two sons. That they grow up to be bitter rivals, battling for control of his legacy, is something he never could have foreseen, but at least McGoohan makes it up to the young brother (protagonist Stephen Lack) in his own way. Elder brother Michael Ironside, on the other hand, is a lot less forgiving.

Continuing the theme, it’s never explicitly stated where pint-sized Danny Torrance gets his telepathic power from in Stephen King’s The Shining, memorably brought to the big screen by Stanley Kubrick, but it’s intimated that his father Jack (a scenery-chewing Jack Nicholson) also has a touch of it. Instead of leading to father-son bonding, though, it merely leaves Nicholson more open to the malevolent influence of the Overlook Hotel, which eventually drives him to try to murder his wife and son, echoing the actions of a previous caretaker.

Jack Torrance may not be a candidate for Father of the Year, but at least he can blame his crack-up on a combination of cabin fever and supernatural forces beyond his control. In contrast, John Meillon, who plays the father in Nicolas Roeg’s Walkabout, has no such excuses, and we never do find out what prompts him to drive to the Australian outback with his two children (a teenaged Jenny Agutter and Roeg’s own son, billed as Lucien John) and try to shoot them before turning the gun on himself. This also causes their car to go up in flames, stranding Agutter and John, so it’s a good thing they’re soon befriended by an Aboriginal youth (David Gulpilil) on walkabout who guides them back to civilization.

A car accident of a different sort is what precipitates the action in Georges Franju’s Eyes Without a Face, in which an outwardly noble surgeon (Pierre Brasseur) kidnaps young women in an effort to restore his daughter’s beauty since he feels responsible for her disfigurement. Shocking in its day for its graphic face-transplant scene, the film also manages to get under the skin with its chillingly poetic imagery thanks to Edith Scob’s performance as the daughter, who glides through most of the film in a featureless mask. Brasseur gets points for his dedication to her, but what he really needed was to find another, less destructive, outlet for it.

Knowing when to let go can be hard, but one of the most important things a father can do in the movies is give his daughter away to another man, as widower Chishu Ryu demonstrates in Yasujiro Ozu’s Late Spring and An Autumn Afternoon. Made 13 years apart, the films bookend the final stretch of Ozu’s long career and find Ryu playing characters that comes to realize their adult daughter needs to be married off before they’re consigned to the life of an old maid. Don’t think their plots are identical, though. Ozu may have been fond of remaking his own films and reusing certain plot devices, but he always knew how to spin them in such a way that they always felt novel.

Things are a bit more lighthearted in both versions of Father of the Bride, which were made four decades apart. In the first, directed by Vincente Minnelli, Spencer Tracy is the doting dad overwhelmed by the hectic arrangements surrounding the wedding of his darling daughter (Elizabeth Taylor). In the second, directed by Charles Shyer, Steve Martin takes over the role, which means the emphasis is placed more on his physical comedy. At the end of the day, though, all he wants is to make sure his daughter’s big day goes off without a hitch (and doesn’t bankrupt him). You can’t ask for a better wedding present than that.