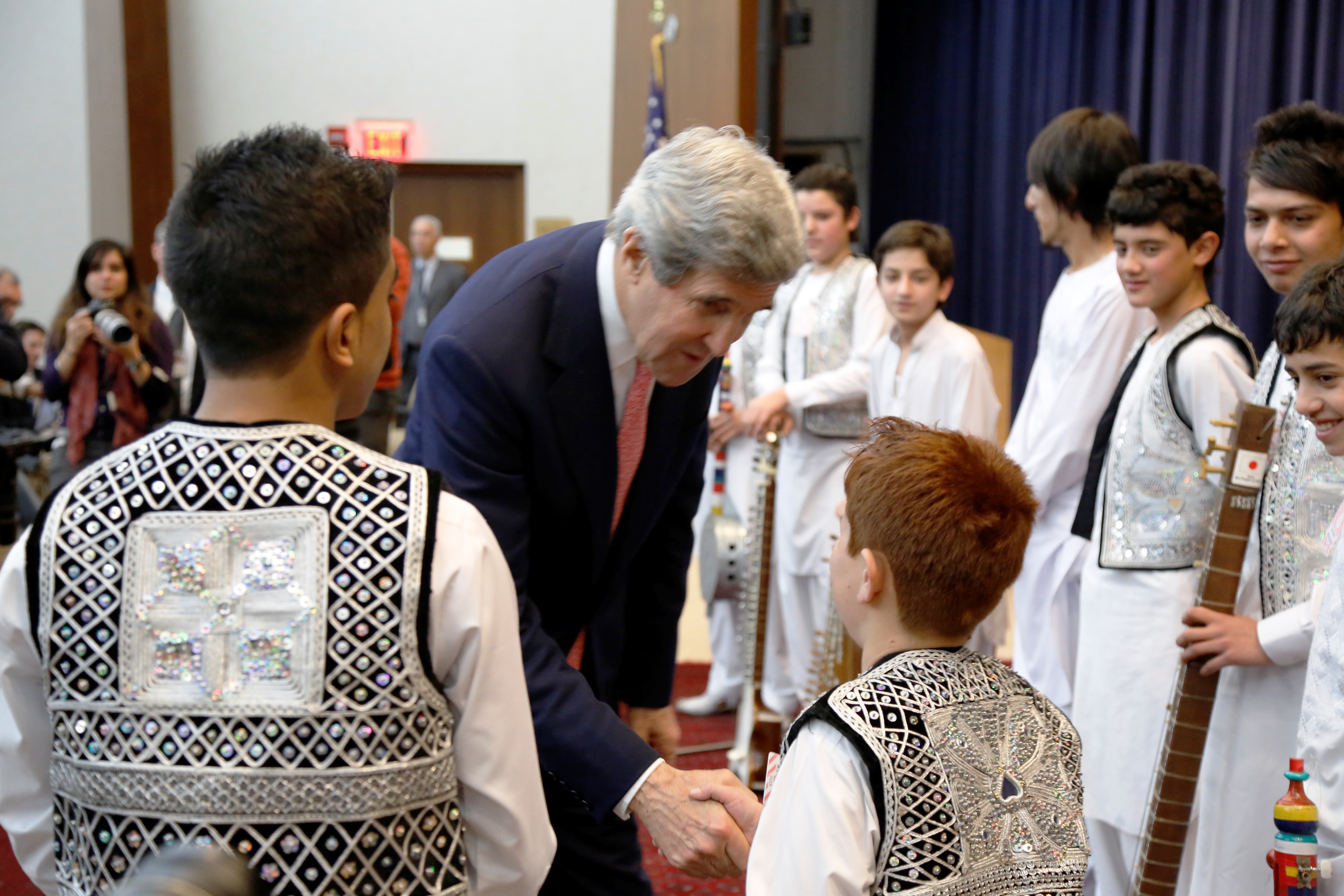 The last time I visited my alma mater, Indiana University Jacobs School of Music, was in June 2009, nine months before I moved to Afghanistan. This summer, I will return to Bloomington to teach and perform at the IU String Academy. So what have I been doing for 4 years?

My job title at Afghanistan National Institute of Music (ANIM), founded by Dr. Ahmad Sarmast, barely begins to describe my duties. I am the Violin and Viola Teacher, but I also teach cello and double bass, instruments I do not play, whenever we do not have a teacher for those instruments. I have conducted the Afghan Youth Orchestra in gala concerts in Kabul, on television, over half a dozen times for President Karzai, and at sold-out concerts in Carnegie Hall and the Kennedy Center. I teach some music academic classes and coordinate concert activities at the school.

It would be impossible to summarize the joys and heartaches of my life in Afghanistan in one brief article, but I am looking forward to returning to Bloomington this summer so that I will have the opportunity to share with a home state audience some of the transformative experience of making music in Afghanistan while nostalgically reconnecting with aspects of my years in Bloomington.

My first performance will be on June 28 alongside Erin Aldridge, Tzeying Wu, and Csaba Onczay in Don Freund’s Summersongs for String Quartet. I studied composition with Freund from 2002 to 2003. Although I was almost as much a composer as a violinist until I moved to Afghanistan, since 2010 I spend more time arranging music than composing. The Afghan Youth Orchestra is the only one in the world combining Afghan and Western instruments. Since Beethoven mysteriously neglected to include ghichak in any of his symphonies, I arrange our repertoire, from Afghan patriotic songs to the Four Seasons, which, with a few Afghan melodies and rhythms sprinkled in, became “The Four Seasons of Afghanistan.” I’m grateful for the composition training I received at IU from both Don Freund and Sven-David Sandstrom, even if these days, I apply it mostly towards the challenges presented by arranging the music of others (such as when to introduce the tanbur in Ravel’s Bolero).

For those who would like to learn about my work in Afghanistan, on July 8 I will deliver a lecture in Sweeney Hall. The next day, July 9, my recital with Cory Smythe in Auer Hall will relate the experience in musical terms. When Mimi Zweig, my beloved former teacher, informed me that many concerts this summer would focus on contemporary music, I wanted to create a recital program that would ask the question: what does contemporary music mean from an Afghan standpoint? Parts of this recital resemble the recitals I gave or attended while at IU, and other parts resemble the concerts I perform in Kabul.

The recital starts with “Bia ke birim ba Mazar,” the most famous Afghan song. I have played it on the street at the command of the Afghan national police, for conservative Pashtun men whose home I entered by mistake, and on national TV when I was a guest judge on “Afghan Star” (the popular television show similar to American Idol).

The song’s elegiac character connects nicely to the first movement of Bach’s C Minor Sonata, the last movement of which features a rhythmic technique similar to tihai, found in Indian and Afghan music. Next, I’ll play the 4 Lauds by Elliott Carter. When Carter passed away in 2012, I keenly felt how far I was from home when I realized that I might be the only person in Afghanistan mourning his passing. The complexity of his music contrasts well with a different kind of complexity at work in a piece using the Indian raga Marwa composed by Ehsan Arfan, the sitar teacher at ANIM.

Since I do not want my Afghan students to neglect their culture while learning Western music, I have arranged 24 Afghan songs each for violin and viola and am working on an anthology for bass. These anthologies are available at the ANIM website, and Cory and I will play four at my recital.

Closing the recital with Schubert has a special resonance. Erin played it brilliantly when I was in Bloomington in 2009. Each time I play or listen to Schubert in Afghanistan, it soars above the stresses and dust of my life: I feel like someone who, after returning from a long cold journey to a distant planet, returns to a beautiful mountain here on Earth, breathes the clean air, and drinks from a spring of pure water.

During my 2009 visit to Bloomington, Erin Aldridge and I gave the premiere of “Dialogue,” my composition for two violins that deals with the perils and promise of dialogue between Muslims and non-Muslims. I based the piece on my experiences leading cultural diplomacy projects in Muslim countries with my non-profit organization, Cultures in Harmony, which I founded in 2005 as a response to the tragedy of September 11, 2001. I am delighted to reprise “Dialogue” with Erin on July 15 of this summer, but were I to compose such a piece now, it would be very different. The ending is optimistic; it might not be so optimistic now.

In spite of the challenges I face there, Afghanistan has given me more than I could possibly give it. So has Bloomington. Every day that I teach violin in Kabul, I use principles and techniques I learned from Mimi Zweig. This summer, through teaching students at the String Academy and performing in the Summer Festival, I will do what I can to give back.

[William Harvey is the Afghan Youth Orchestra Conductor and the Artistic Manager of the Afghanistan National Institute of Music.]