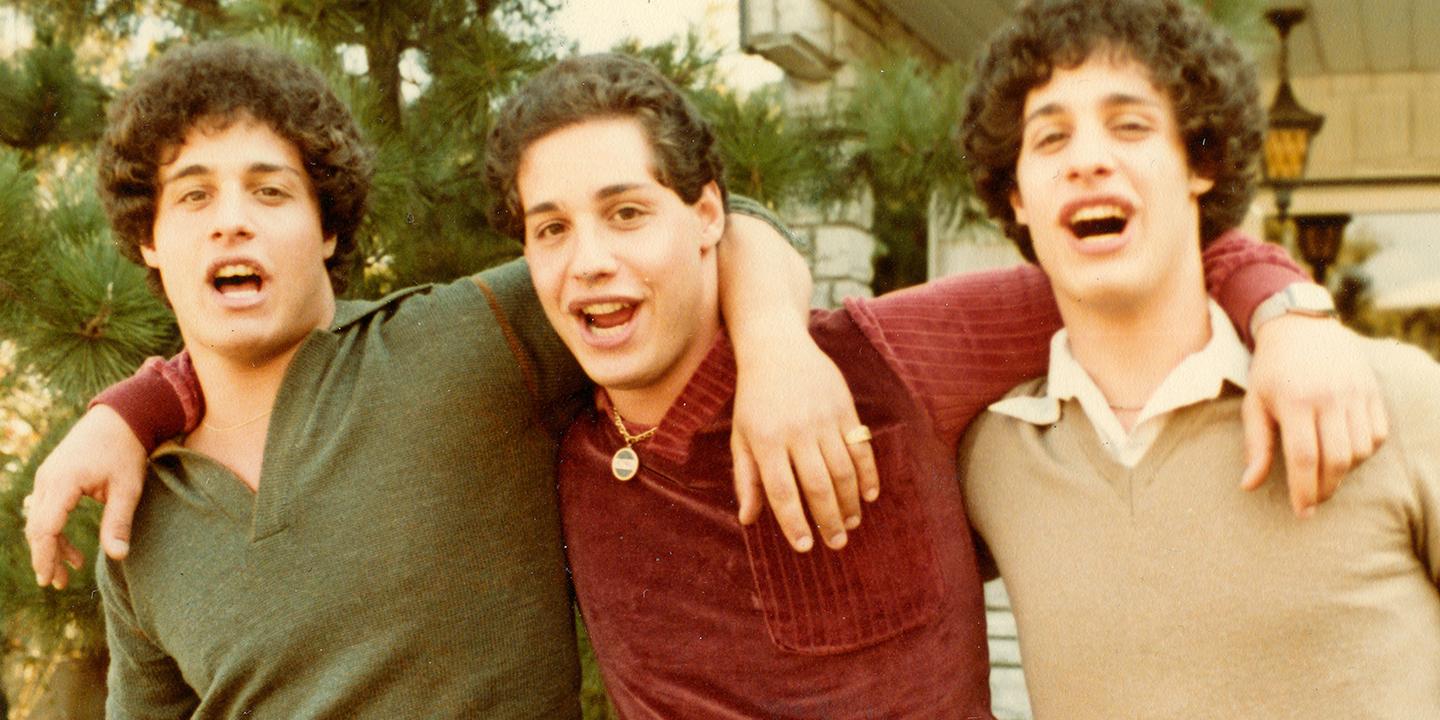 The true story of three identical triplets who are separated at birth, each adopted by a different family, each unaware of the existence of the others. Then as college students they are reunited. Their jaw-dropping, feel-good story becomes a global sensation complete with fame and celebrity, however, the fairy-tale reunion sets in motion a series of events that unearth an unimaginable secret – a secret with radical repercussions for us all.

Try not to read too much more about this one; Three Identical Strangers is one of those movies where, the less you know about it going in, the more you’ll enjoy it.

The Wrap: A documentary that plays like a nerve-jangling thriller.

Entertainment Weekly: The best documentaries reveal the ways in which truth can be stranger (and wilder and weirder) than fiction. And director Tim Wardle’s STUNNING SUNDANCE SENSATION, Three Identical Strangers, is stranger (and wilder and weirder) than most…. I’m sorry if this review feels abrupt and cuts off just when things are getting interesting, but trust me, you’ll thank me after you see the movie. And you need to see the movie.

San Francisco Chronicle: It’s already extraordinary 20 minutes in, and then IT GOES TO UNEXPECTED AND YET MORE AMAZING PLACES.

Collider: Hooks you from the beginning and NEVER LETS UP.  A film we’re going to be talking about for a long time