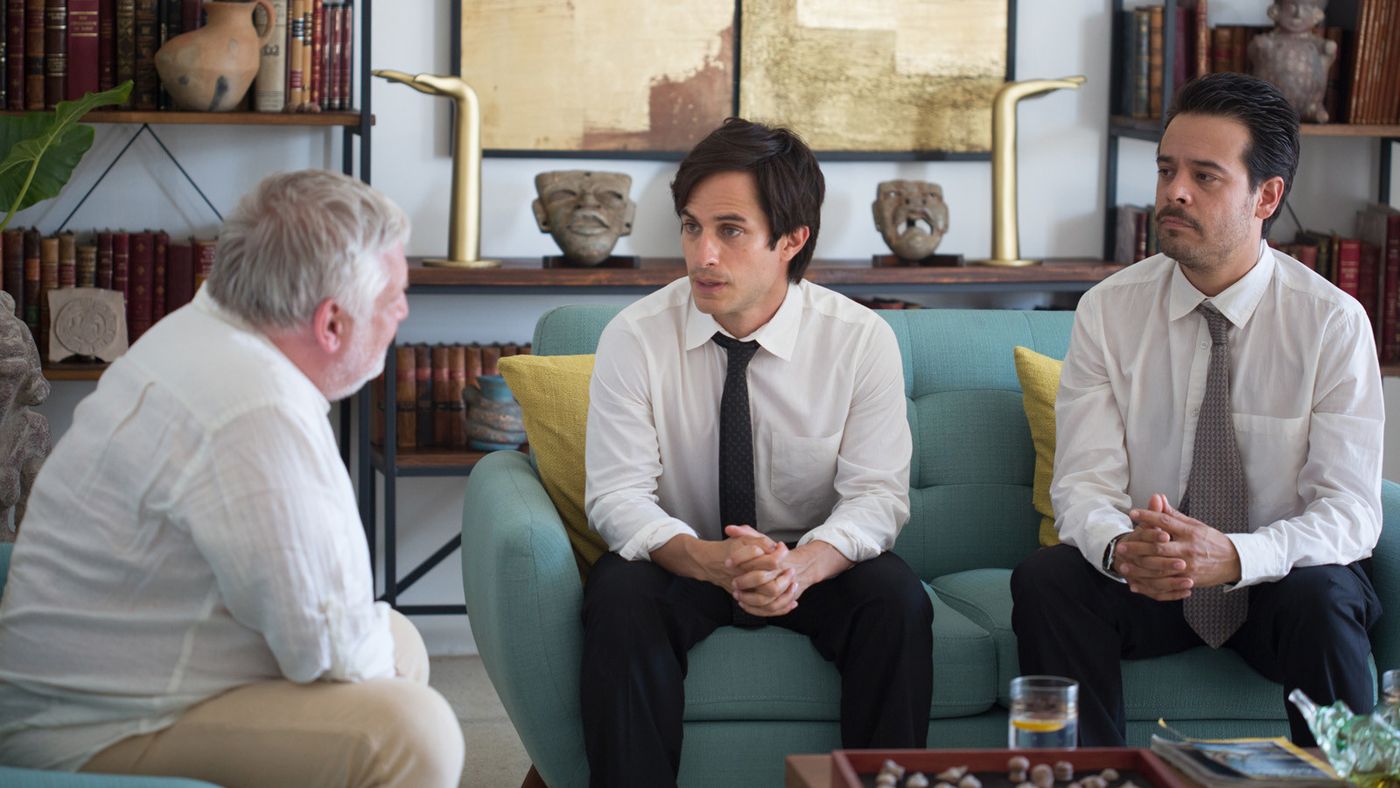 Perennial students Juan and Wilson are planning a daring coup. They intend to break into the National Museum of Anthropology in Mexico City and steal precious Mayan, Mixtec and Zapotec artifacts, in particular the funerary mask of King Pakal. While their families celebrate Christmas they get down to business, just like a couple of seasoned criminals. Everything goes off without a hitch and, their sports bags stuffed full of treasures, they return home and set about fencing their haul. The ensuing road movie takes us from the impressive Mayan ruins of Palenque to the chic seaside resort of Acapulco. Juan and Wilson are behind the wheel, but their endeavor has long since gone off the rails.

We all know (or maybe have been) couch plumped slackers who fill their days with big dreams and big schemes. Set in the mid-1980s, Mexican filmmaker Alonso Ruizpalacios delivers another lush work of wit and commentary. With footage in the never-before-filmed National Museum of Anthropology in Mexico City and inspired by true events, this film is a playground for the unknown and the banal. In addition to clever dialogue and artful sound work, Museo is simmering with political and philosophical comment, reminding us that Alonso Ruizpalacios truly can make the relatable masterful. (128 min)

A poetic, intermittently comic meditation on beauty, history and middle-class disaffection. There is a touch of magic in Museo, a sense of wonder and curiosity that imparts palpable excitement. Some of that is the intimation of a strong and original cinematic voice evolving toward the realization of its full potential — the feeling that you might be in the presence of someone who could become the next great Mexican filmmaker. -The New York Times