The Boy Who Plays The Piano With His Elbows 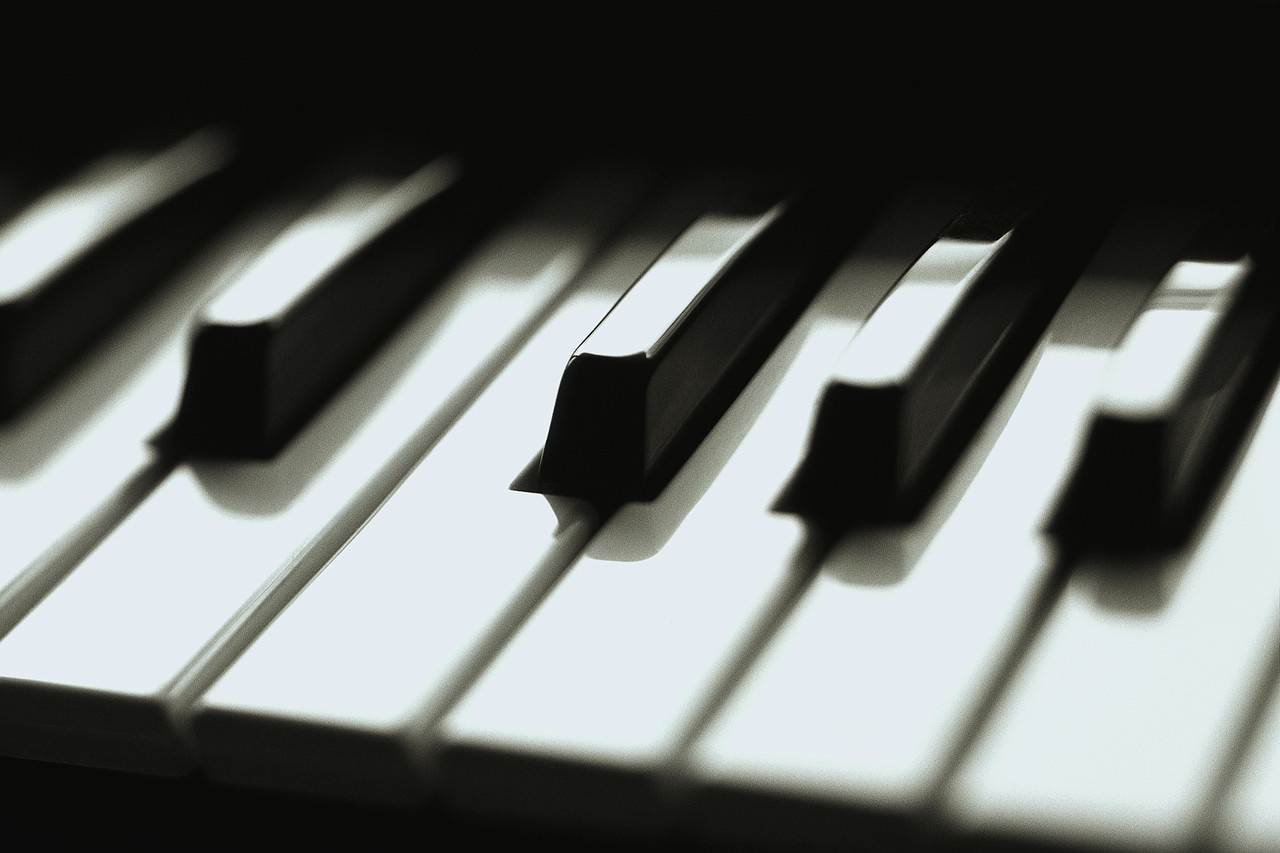 During the civil war in Greece, in one of the villages in Epiros at the foot of the Pindos Mountains, there is a boy musician who plays the piano with his elbows. He lost his hands and forearms on a hike near the Albanian border. There was not much action in the northern mountains, but somehow he stepped on a land mine. Soon after he came back from the hospital in Yannina, he took up the piano again, now with artificial fingers attached to the stumps where his elbows should have connected with the forearms. He no longer plays classical music in which he was a prodigy. Rather, he makes the piano sound like the Greek clarinet in the soprano trilling tunes of the tsamiko, the Greek mountain music. He uses a small portable piano, made in and donated from Athens, and he plays it with the local musicians whenever there is a baptism or wedding or a saints day party. When the older singer is too busy, he sings his heart out. No one sings like the boy musician.

These are cruel days. When the andartes (Communist guerrillas) are captured by government forces, they are routinely executed. In the areas where the andartes come in, even for a few days, they execute the mayor, the schoolteacher and the priest. Then in late 1947 Markos, the leader of the andartes, enacts a policy of abducting Greek children, taking them to the socialist countries where the dream is that they will be trained to return when they are older as dedicated officials of a Greece run benevolently by Papa Joe Stalin. They will be the new Janissaries. It is not a practice that wins friends among the mutilated families. Yanni, the child musician, is among the boys abducted. They take Yanni away one night. His captors, making the rounds of a village fallen that very afternoon, seize the boy and his sister Xanthí, without realizing that the boy has no hands. Xanthí manages to escape. They see her run off but are reluctant to fire on her, and she is gone. Before long a fighter from another unit hears about the boy without arms, and informs his comrades that he has a special instrument so he can play the piano like an angel. And that he also sings. He is called, they hear, the boy with the voice of gold. But he won’t sing for the andartes or play their pianos. It is not the politics. Without his friends, his family, his own mountains, he has no desire to sing.

Since he won’t cooperate with them, they more or less abandon him, not sending him to one of the sanctuary countries across the border, nor giving him indoctrination of their own. It is not specifically a punishment. In time of war why waste energy on a mutilated child musician, who won’t even sing? They give him food, but ignore him, and he hangs around the village like a stray animal. And that is fine, for Yanni determines to make friends again, on his own, and away from the andartes.

At night he slips away from the village, follows a rocky goat path into the fields, and there, in the scant light from overhead, sits down among the thistles and herbs and sings alone. Soon animals came near. His songs have no words. They are scarcely songs of a human voice. At first his main audiences are stray dogs and cats. Soon every beast and bird knows he is there. When he sings the bats are disoriented and the love star Aphrodite never sets. He learns the voices of wild pigs and silent hare. He detects the melodies of every wild brook in the region, and those waters enter his voice. But one morning when he has stayed out all night, a foolish soldier takes out his belt and whips him brutally. The next evening he goes out and doesn’t come back.

There is no piano in the woods. Yet there are hollow trees, trees rotted out, which are perfect drums on which he strikes with his wooden forearms attached to his stumps. While earlier he played melodies with his artificial fingers, now, without a keyboard and piano, he makes the forest his percussion instrument. When the moon comes up like goat cheese in Artemis’s bowl, he gives his concerts. He sings and sings and leaves the animals dazed.

The writer Dante woke one day in a dark savage wood, and was visited by fearful animals. The forests on the Pindos Mountains, which run into obscure Albania, are also wild, but they are not very dark during the day, since Greece hardly has dense mountain forests, even in green Epiros, and except for the occasional explosion of mortars and rifle shots when the war drifts near, the region is not at all fearful. In fact, with the amazing singing of the boy, even on a rare starless and moonless night there is illumination for all the animals. It comes to the speechless beasts in the lake of the heart.

Getting food, however, is not easy. The boy lives on herbs, acorns, nuts, berries, even chamomile and wild orchids. He uses his stumps like chopsticks to gather, eat and store, with full dexterity. It is fine during the Greek summer, but with the first snows of winter—and there is much snow in the Pindos—he begins to starve. He can’t eat the meat of animals who are companions. Even if he found a dead rabbit or deer and found some way to consume it, it would have been a form of cannibalism. As snows begins to cover much of the forest, even the places where he has stored supplies of nuts and now frozen berries and honeycombs are emptied, and he begins to eat bark, some of which has a sticky sweet taste, and he survives. But barely. He is now so thin when he sings in the freezing evenings, his voice is not much more than a remote birdcall, but it is, nevertheless, exceedingly poignant. It pierces the wind, and reaches the ears of fellow beasts, including the vultures, who are not friends.

Yanni is in trouble. Unless he does something to change his existence in the mountains, he will die. He tries to eat what bigger and smaller animals ate, but grass, rodents, insects are impossible, even for the handless boy, though he has no pride of human habit. It is only bark now and frozen water, and he get weaker by the day.

Finally, he lies down and schemes. The andartes are gone. There are no thuds of bombs or rattling guns. For all he knows the war was over. He will go back. By now he almost talks to the beasts. Early in the morning they go with him as far as they dare, to fields bordering a small village in the lower mountains. Yanni can make out the Turkish‑style balconies of stone houses, the Byzantine dome on a small church, a ramshackle building, half‑destroyed, that seem to be the town hall. Smoke rises from the stone houses. There must be food and heat. He doesn’t want to leave his forest companions. The beasts lick his face and arms, and he stumbles toward the village. When he get to within sixty meters of a granite block wall along the road climbing to the village center, he rests. And he sings a dirge, very quietly. Not a human but an animal song and his words are also the words of beasts. He lies quite a while in the field, and though flat on his back he holds his arms straight up, hoping he might be spotted. He even dozes off — these days he is not always fully awake — remembering long ago, or so it seems, the special piano, and wonders if someone in the village has some old instrument. He can stand on a stool, as he did before they gave him that special low keyboard from Athens, and start again to play. It will be a good life. But his immediate thoughts are how to be found and taken to some hearth, with bread and fire. He is ready.

As the boy musician lies there with his bare arm stumps raised like two crosses into the almost spring‑thawing air — he’s almost made it through the winter — a villager catches sight of the strange creature moving down below in the frozen wheat field. Several villagers gather. These are good people, mainly old peasants. The young are in the armies or gone to Yannina or Athens for jobs. They might be back for a few weeks in the summer. Peace has come. The village has been wrecked by both sides. As for children, there are none. This is a village from which the children were taken, and none has returned. At least near the Yugoslav frontier, most came back. The old peasants are bitter. The politicians are making a lot of noise on the radio, and the Albanian Greeks, in the more popular demotic Greek, are broadcasting horror stories, not about themselves, but about the Greek rightist troops and officials who are hard‑hearted and corrupt, or so they claim. The old people hear the anger from both sides of the Pindos Mountains, but anyway there is peace, at least, and food, though not very much.

But then the creature. It makes a strange noise, and is bigger than a dog. It can be a starving deer, with its legs in the air. Yet deer never howl. Deer are beasts of silent dream, and a staple of the local diet. Yanni, weary and beginning to freeze, abandons hope of immediate rescue, ceases to sing and tries to get up. They can’t find him, so he must go to them. He reaches upward as if the air is a post. But he falls down. He tries again. And as he almost gets back on his feet, the best shot among the older hunters in the village, takes aim at the rising animal, rubs the wet icy trigger, the cold metal trigger, and fires.

[The Boy Who Played the Piano with his Elbows previously appeared in the South Carolina Review. Author Willis Barnstone, born in Lewiston, Maine, and educated at Bowdoin, the Sorbonne, Columbia and Yale, taught in Greece at end of civil war (1949-51), in Buenos Aires during the Dirty War, and in China during Cultural Revolution, where he was later a Fulbright Professor in Beijing (1984-85) A Guggenheim fellow, he has received the NEA/NEH/Emily Dickinson Award of the PSA, Auden Award of NY Council on the Arts, Midland Authors Award, four Book of the Month selections, four Pulitzer nominations. His work has appeared in APR, Harper’s, New York Review of Books, Paris Review, Poetry, New Yorker, and the Times Literary Supplement. Author of seventy books, recent volumes are Dawn Café in Paris (Sheep Meadow, 2011), The Poems of Jesus Christ (Norton, 2012), Borges at Eighty (New Directions Press, 2013). He is Distinguished Professor Emeritus of Comparative Literature at Indiana University.]