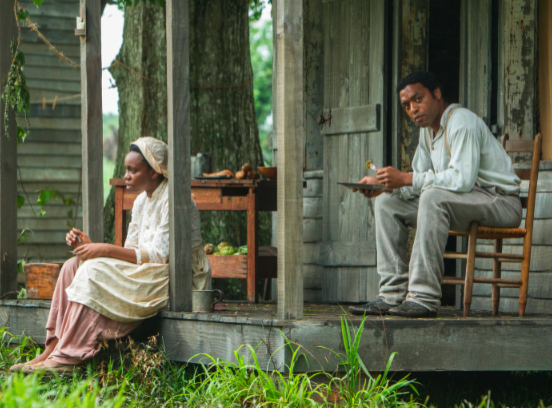 12 Years a Slave has received near-universal acclaim and in the coming weeks is a good bet to win several Best Picture™ awards. The story of Solomon Northrop, a freeman kidnapped and sold into slavery, is not only the best visual representation of the horror of American slavery, but helps Hollywood look past its own sordid history of racial representation. One ledger in this history is Harry Pollard’s 1927 film adaptation of Uncle Tom’s Cabin, one of Hollywood’s most famous, and troublesome, depictions of slavery.

Both Uncle Tom’s Cabin and 12 Years a Slave are close Hollywood adaptations from period works, told with A-list actors, addressing slavery with epic stories of African-Americans enslaved on plantations with abusive owners. But this is where the similarities end. Although they may be cut from the same cloth of history, the two films apply very different stains.

Harriet Beecher Stowe’s novel was given a big Hollywood treatment ($1.8 million, one of the highest budgets for a film at the time). Uncle Tom’s Cabin was published in 1852, overshadowing Solomon Northrop’s 1853 autobiography, becoming one of the best-selling books of all time. Between 1903 and 1927, at least 10 silent film adaptations of Uncle Tom’s Cabin were produced, culminating in the famous 1927 adaptation.

Uncle Tom’s Cabin opens to a scene of a vibrant Georgian plantation scored by “Swanee River,” immediately eliciting nostalgic imagery of the lavish American South. Slave children dance around the hero of the film, Eliza, a mixed-race maid entered into slavery. The film was progressive for its time in casting James B. Lowe, a black man, as Uncle Tom, however all other slave characters are portrayed by white actors in blackface. Eliza’s portrayal by a white actress assumes that 1920s moviegoers could only empathize with slavery when white characters were in bondage. Uncle Tom himself is given less than 10 minutes of screen time, the film paying more attention to large action scenes, laden with stigmatic black characters. While the story itself largely faithful to Beecher Stowe’s anti-slavery story, Hollywood’s habit of exploitation is equally present. 12 Years a Slave is an unflinching view of slavery, devoting its screen time to accurately depicting the labor, politics, and violence of slavery, documenting the machinery of society and using Northrop as its spectator. British director Steve McQueen, fresh off his provocative films Hunger and Shame, which deal respectively with political and psychological imprisonment. McQueen continues his sustained, metonymic visual style, which translates well to Northrop’s story. Though making more use of dialogue than his other films, uninterrupted images carry the film’s emotional weight. In one torturous shot, Northrup is left to tiptoe for his life in the mud as he is left halfway-hung on a lynching tree. This shot is a far cry from the “gentle rule typical of the south” mentioned in Uncle Tom’s Cabin, and illustrates why 12 Years A Slave is the better film — it stings.

Where Uncle Tom’s Cabin is a harrowing adventure film designed to entertain, it is almost impossible to relax during 12 Years a Slave, a subversion of Hollywood entertainment. The whipping of Uncle Tom and other travesties are merely hinted at in Uncle Tom’s Cabin. Northrop’s story is unsentimental. Skin is flayed, children are torn from their mothers, drunkards are patriarchs, and survival is granted by blind chance. Pollard uses slavery as a backdrop for popular Hollywood conventions: love defying the odds, the thrill of the chase, a child’s innocence. Throughout Hollywood’s history, films have too often used social issues as a frame for Hollywood narrative without historical consciousness, making 12 Years a Slave all the more important today.

Hollywood congratulates itself when given the opportunity in the best picture category, to the point that the subject matter can be a stronger consideration of a film’s worth than aesthetic/cultural value of the film. (Look no further than Crash, or even last year’s best picture winner Argo, where the hero who saved the day was Hollywood.) Awards are a way of writing history, and what else is history but a rewriting of history? If McQueen’s film is selected as best picture, it won’t be in the most comfortable company, but its inclusion, as well as the attention to Northrop’s story, is nonetheless overdue. If Uncle Tom’s Cabin showed audiences that social issues can be brought into popular entertainment, 12 Years a Slave shows a modern audience that history can be rewritten the right way, packaged in a piece of unsettling entertainment. It’s a film that wants to remind us, in every image, “Never forget this crime against humanity.”