THE BEST OF 2013: The Year In Television 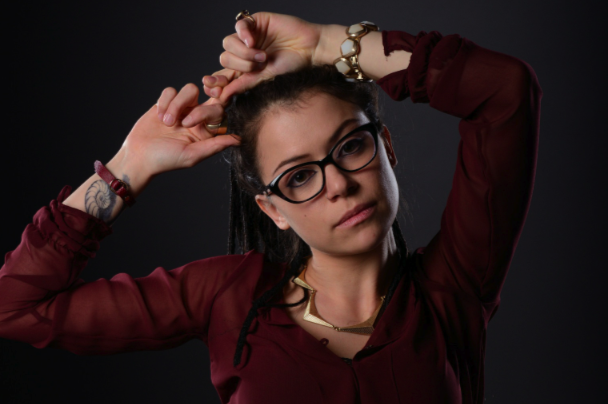 The Most Cutting Edge Series of 2013 ◆ by Robert Singer

Television in 2013 has shown us that it’s evolving at a rapid pace both technologically and conceptually. Where Hollywood seems to be stuck in a creative rut with every other film release being an adaptation or a remake, television is proving to be the breeding ground for uniquely original visual storytelling. Fueling this creative renaissance in television is the understanding by today’s showrunners that the serial nature of television lends itself perfectly to delving deeper into the development of characters and experimentation with form in ways that few films these days can. The following list is the best that TV had to offer in 2013. The return of a cult classic started off rocky but ended up worth it by season’s end. While this fourth season of Arrested Development was its weakest, it proved that it is still smarter and funnier than the majority of comedies on television today. The classic British sci-fi import celebrated its 50th Anniversary this year with a bang and shattered ratings for BBC America. This season had its ups and downs but the Anniversary Special and Matt Smith’s performance as the Doctor made up for the season’s flaws. The popularity of Doctor Who keeps rising not just in Britain but also around the whole world.

The sequel series to Avatar: The Last Air Bender came of age this season as we saw the series tackle questions of spirituality, political persecution, and the connections between good and evil. The animation has skyrocketed from its already top-notch quality to create some of the most striking visuals on TV this year, especially when paired with the show’s exquisite music. This is definitely not just a show for kids.

The best hard science fiction series on television ended its five-season run with a suspenseful, thrilling, and heartbreaking fight for our Fringe agents against a dystopic future. This show needed a shot of energy after its mediocre season four and it got one with this game-changing final season. It is outrageous that John Noble has never been properly recognized at the Emmys for his brilliant performance as Dr. Walter Bishop. Just when you think that Mad Men might be losing steam with its characters devolving back into old habits, Matthew Weiner and company throw a whole bucket of wrenches into the gears, forcing every character to have to deal with a myriad of status quo-altering changes. Don’s evolution (or degeneration depending on how you look at it) provided many entertaining shocks this season.

Really Julian Fellowes? Really?! Killing not one but two major and beloved characters? Ugh! I’ll never forgive you. Ever. But seriously, can January hurry up and get here already? We need more intrigue and melodrama of the highest order. Fine Fellowes, you have me for one more season and then that’s it! I mean it! (Let’s be honest this show is too addictive.)

Orange Is the New Black ● Netflix Netflix has a gem in this show that feels like OZ meets Weeds, making for one of the best surprises of the year in TV. Orange Is the New Black began as a send up of white privilege but eventually evolved into an absurdist dark dramedy about the necessity and power of human connections, especially when we are at our most desperate.

[Photo of Tatiana Maslaney at top of this post.]

The sleeper hit of the year is this British-Canadian sci-fi drama about a young woman who discovers she is a clone when one of them commits suicide right before her eyes at train station. Tatiana Maslaney deserves every major television-acting award for her portrayal of six, yes six, different characters (the clones) that all have their own unique personalities, idiosyncrasies, and body language. If Orphan Black is any indication, Maslaney is an actress to watch in the years to come.

Dragons. Giants. Undead. Murder. Betrayal. Torture. Honor. Weddings. Just a few words that could be used to describe the latest season of the HBO series based on the George R.R. Martin Song of Ice and Fire books. The first two seasons saw change come to the Seven Kingdoms and the Free Cities across the Narrow Sea, but this season showed how change begins to truly affect the show’s ever expanding cast of characters. No one felt the change more than the victims at the Red Wedding, the most shocking and horrifying plot twist in the history of television.

TV’s best drama the last five years finally ended in 2013 with one of the strongest, most satisfying final seasons ever broadcast. The conclusion to the saga of Walter White’s evolution from glum schoolteacher to cold-blooded drug lord was everything a fan could have hoped for: intense, shocking, bloody, funny, and, much like Walter, precise. We’ll never look at Stevia the same way again.